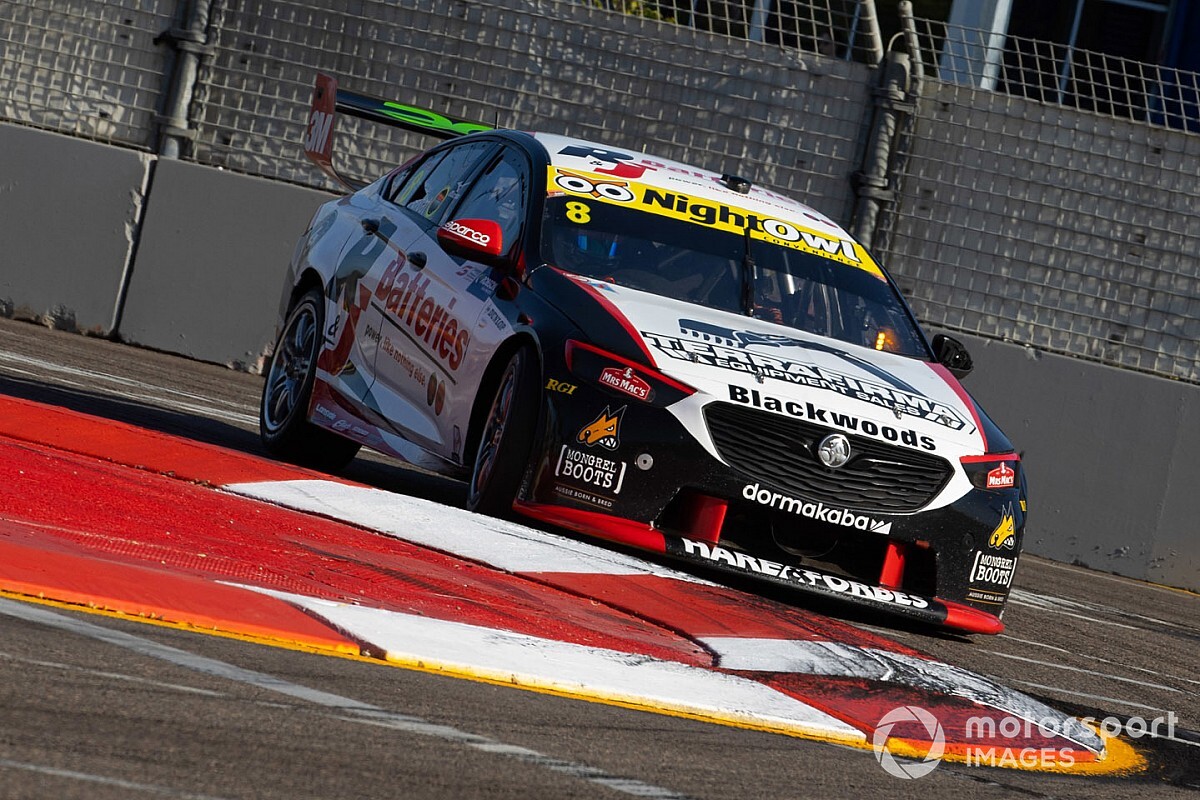 The Holden squad was dominant across the two 10-minute sessions, four-time race winner Percat kicking things off by edging Scott McLaughlin by 0.08s in the first to bag the first pole of his career.

Percat then looked set to double his tally in the second session, going quickest on his very last lap. But there was a surprise coming from teammate Hazelwood, who pipped Percat by 0.02s just moments later.

That was after the third-year driver was a solid seventh fastest in the first session.

"Unbelievable. I think I lost my voice on the in-lap, I was cheering so hard," said Hazelwood. "It's a huge turnaround for BJR, we had our dramas yesterday but we knew we'd come back swinging today and we certainly proved that.

Percat added: "It's amazing. It's a massive Father's Day present for my engineer [Andrew Edwards] and my dad back in Adelaide.

"That first lap, to have a bit of margin to the field, I went into the next one thinking 'don't do anything silly, just replicate the lap'. I went a little bit quicker, but for Todd to sneak in there and grab us by 0.02s, it's mega to have a front-row lock-out for Brad and everyone at BJR."

After being pipped by Percat in the first session, McLaughlin's day took a turn for the worse in the second. The points leader came across a slow-moving Garry Jacobson at the end of his flying lap, the pair even making light contact on the exit of the final corner.

He estimated the scuffle cost him around three-tenths, McLaughlin left 10th on the grid for this afternoon's final heat.

Cam Waters was third and sixth in the two sessions, while Chaz Mostert recovered from a disappointing 13th in the first session to grab third in the second.

Jamie Whincup will start both races from fifth, teammate Shane van Gisbergen less consistent with a fourth and a 12th.