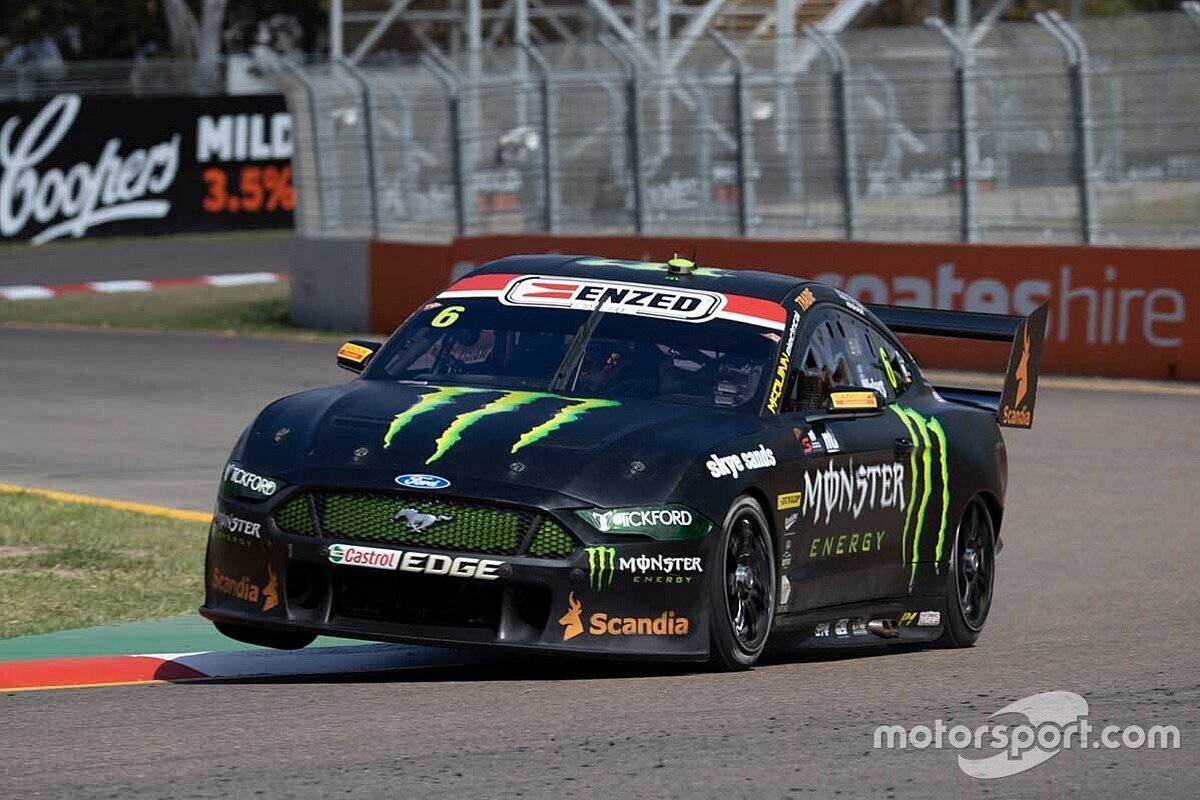 Cam Waters completed a clean sweep of practice sessions in Townsville by edging Scott McLaughlin in the second half-hour hit-out.

The Tickford driver backed up his Practice 1 pace in the second session, jumping to the top early with a 1m12.624s.

He then improved amid a flurry of qualifying simulations right at the end of the session, a 1m12.295s leaving Waters 0.15s clear of one-lap master Scott McLaughlin.

DJR Team Penske switched its focus to qualifying in the second session, McLaughlin joined in the top three by Fabian Coulthard.

Nick Percat and Chaz Mostert were fourth and fifth fastest, as David Reynolds continued his promising start to the weekend with the sixth best time.