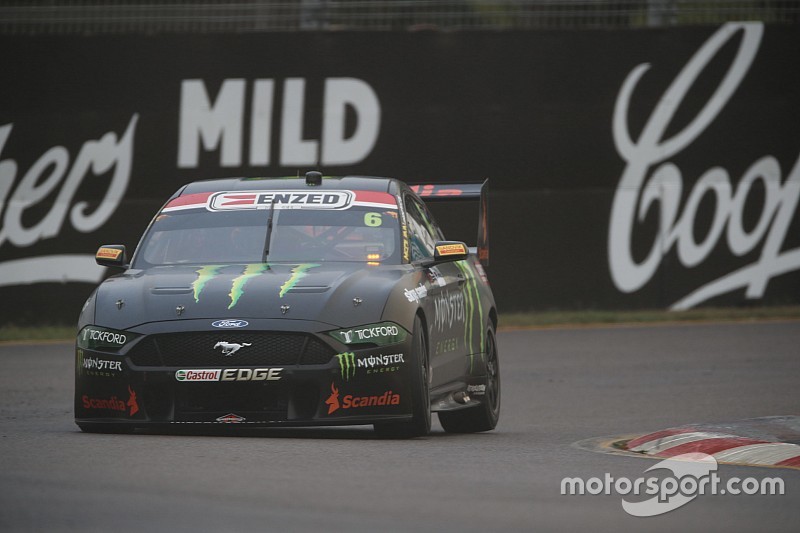 Damp conditions for the opening 30-minute practice marked the first meaningful wet running in the 11-year history of the Townsville event.

Initially it was Chaz Mostert who best dealt with the slippery circuit, the Tickford driver leading the way as times dipped into the 1m25s.

With 10 minutes to go a number of drivers sampled a slick tyre, although initially Winterbottom's wet tyre time wasn't under threat.

That was until Waters appeared right at the death, charging to the top with a 1m21.639s on a slick tyre.

Winterbottom ended the session second thanks to his earlier time, followed by Nick Percat and Will Davison.

Tim Slade, one of the drivers who ran a slick tyre, was fifth, one spot clear of Garry Rogers Motorsport super sub Michael Caruso.

Whincup slipped back to seventh, Lee Holdsworth survived a brush with the Turn 6 wall to finish eighth, with Fabian Coulthard and Rick Kelly rounding out the Top 10.

Scott McLaughlin was just 14th quickest, while Shane van Gisbergen – who didn't run wets at all – was 22nd and last of the cars that turned a lap.

The two Erebus drivers didn't even make it onto the timesheets, the team electing to save its grooved tyres and keep David Reynolds and Anton De Pasquale in the garage.

"I was quite happy, it looked pretty scary out there,” said Reynolds.

“We were looking to go out with about 10 minutes to go, but we didn’t want to burn up a set of tyres and whatnot.”