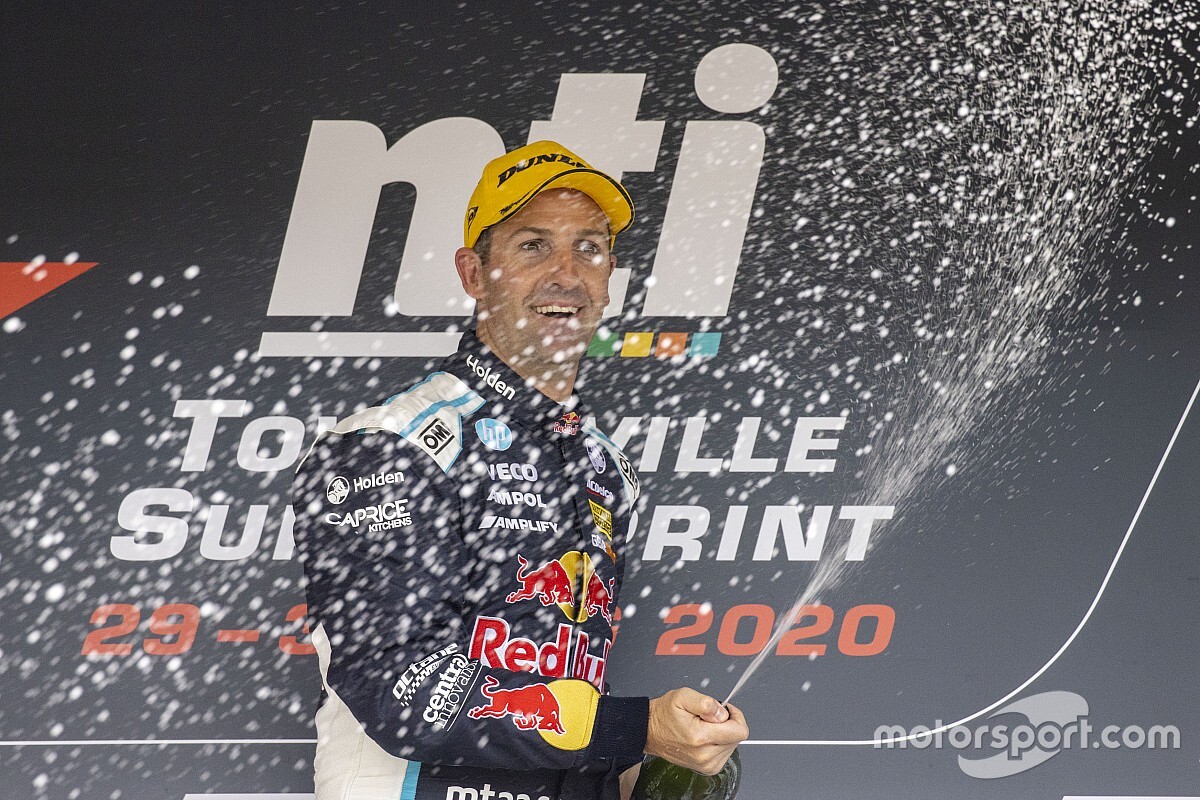 Jamie Whincup comfortably won the opening heat of the Townsville SuperSprint, despite losing communication with his crew 10 laps into the race.

The Red Bull Holden driver made a smart getaway from pole to charge into a lead he wouldn't surrender across the 39-lap journey.

He already had a handy margin when he made his sole mandatory stop on Lap 17, taking on three new tyres before cruising to a 6.8s win.

That was despite no communication with the pitwall after Lap 10, that, combined with Whincup being unsure if he'd seen the chequered flag on the last lap, leading to him pulling up on the front straight rather than pitlane after the finish.

"We lost radio about Lap 10, I was screaming at the guys to put the [pit] board out," said Whincup.

"All in all I'm happy with the win, the car was excellent. We used three tyres, I think most maybe only used two. But we needed a win when we could grab it."

Cam Waters finished second after running longer than most in his first stint.

The pair staged a brief, intense battle before Waters blasted past at Turn 11 four laps from home.

"I had a bit of fun coming back through the pack, and racing Chaz as well," said Waters. "We actually kept it clean, which is amazing for us two..."

Mostert added: "It was a good old battle for Cam, we just had nothing for him. I wish I could have put on more of a show."

Fabian Coulthard got by David Reynolds late in the race to grab fourth, while Scott McLaughlin came all the way from 16th to finish seventh behind James Courtney.

The series leader made nearly all of his positions on the first lap, a classic Lap 1, Turn 2 concertina crash wreaking havoc on the midfield.

McLaughlin was able to sneak through, despite copping a whack on his rear bumper, emerging in eighth.

Converting that to a seventh place finish limited the damage to his series lead, his advantage still 141 points over Whincup.

The likes of Anton De Pasquale and Shane van Gisbergen weren't as fortunate in the first-lap crash, the former able to recover to 10th while the latter lost nearly 10 laps for repairs on his Red Bull Holden.

Chris Pither was the surprise of the race, the Team Sydney driver right in the midfield battle as he finished a well-crafted 11th.