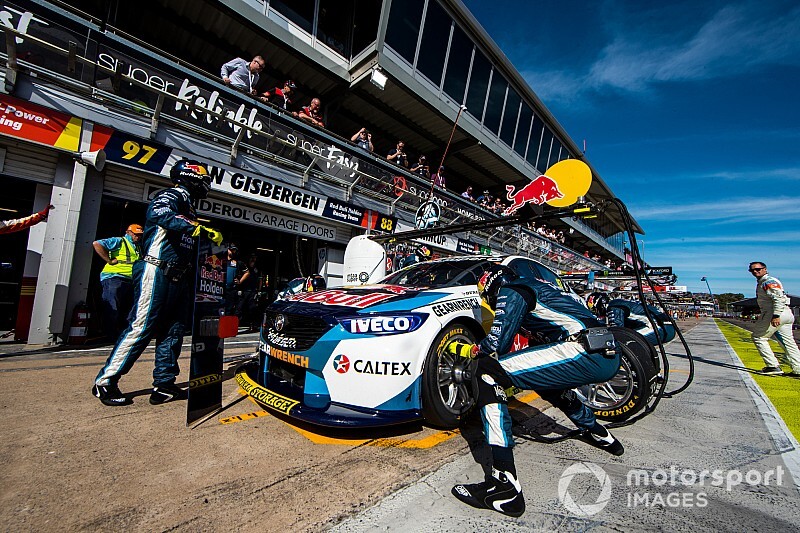 The Kiwi was a late retirement from the second leg of the season-opening Adelaide 500, a broken control arm taking him out of the battle for the minor podium spots with four laps to run.

By that stage he'd already been robbed of a near certain victory by a refuelling blunder that forced him into a third stop and dropped him to fourth.

The control arm issue was the second for a Triple Eight car during the Adelaide weekend, Scott Pye's customer entry snapping the same part during Friday practice.

While the squad was unable to identify the cause of van Gisbergen's control arm issue on the spot, there were suspicions that a race-long issue with the front anti-roll bar adjustor may have played its part.

That's now been confirmed, the team explaining the additional load put through the control arm led the failure.

Both the adjustor and the control arms will be re-engineered before next month's Albert Park round, with more 'safety margin' to be built into the latter.

"We had a problem with adjusting the front anti-roll bar which increased the load through the lower arm.

“We actually had to replace the control arm on Sunday evening just to get the car back into the truck. This is now an engineering job to resolve both the original adjuster issue and increase the safety margin on the lower arm itself.

“We need to diagnose the issues thoroughly and work hard to give Shane and Jamie [Whincup] the cars they deserve. Kerbs aren’t new to our sport, and the cars should be capable of taking anything that our drivers throw at them.”

The DNF leaves van Gisbergen sitting 13th in the standings heading into the Melbourne round, 159 points down in early leader Scott McLaughlin.