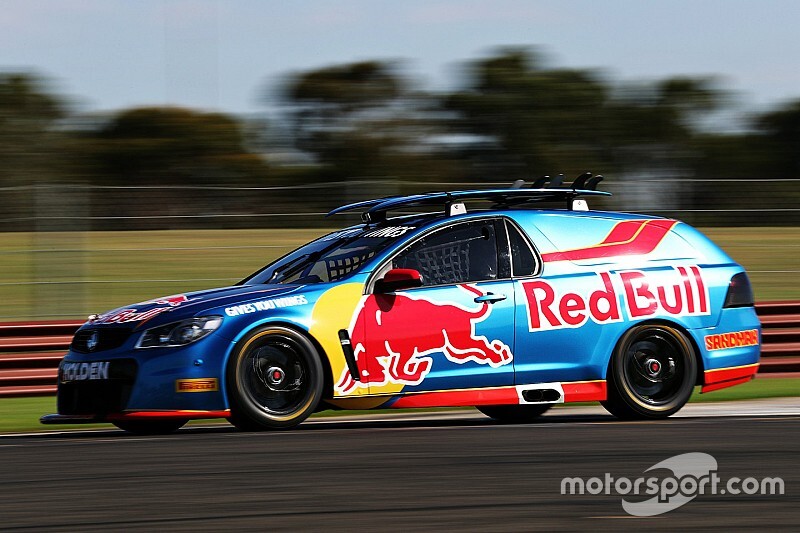 The V8-powered wagon, based largely on T8 Supercars running gear, has been on the market since late 2018.

According to Brenton Grove, who ran a VF Commodore under the T8 banner in Super2 last season, there was an element of trade to the deal.

We sold my Supercar back to Triple Eight at the end of last year, so essentially it’s something of a trade,” he told V8 Sleuth.

“We were really interested in the Sandman and it all just happened to be a few weeks before the Holden announcement of Holden closing.

“Over the off-season the Sandman was stripped of every nut, bolt and bumper, it was painted, all the guards, the suspension arms, the whole body work, the whole chassis has been repainted, engine and transaxle rebuilt, it’s back to showroom status.

“RD [Triple Eight boss Roland Dane] wouldn’t let it out of the workshop until it was Mickey Mouse!

“We did a test day with Steve in my Supercar last year and they had the Sandman there doing some filming with Red Bull, so we had a chance to drive it.

"That was deal done, the easiest sales pitch for them ever!

“Originally we were going to do some sponsor rides in it but I think RD has made it so Mickey Mouse that we’re too scared to drive it now!"

The Sandman is based on Jamie Whincup's 2013 title-winning Commodore, but is now fitted with a number of modifications including a paddle-shift gearbox.

It's also had its engine upgraded to a 5.6-litre unit making more than 700 horsepower.

The car is best known for being driven by Ricciardo for a Red Bull promo at Sandown back in 2016, while it was also used as the test mule for Holden's short-lived twin-turbo V6 engine programme in 2017.