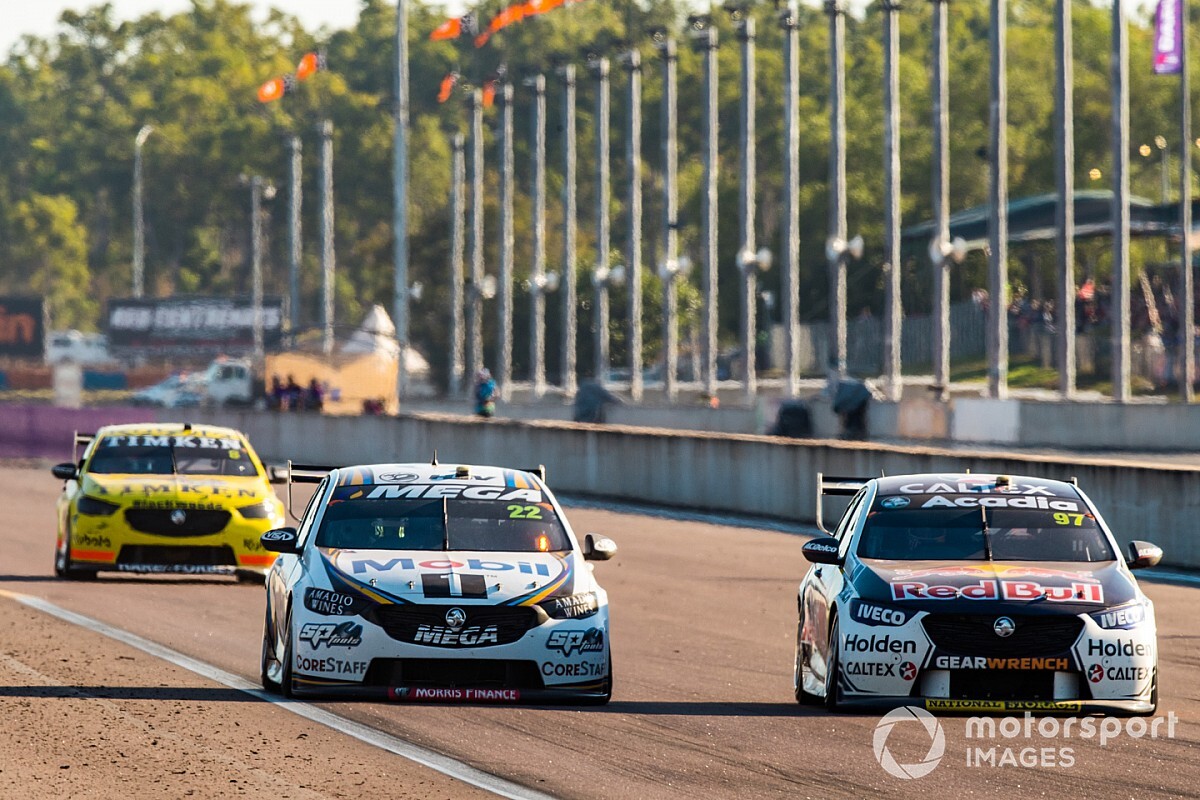 Racing on Tuesday and Wednesday is firming as the preferred option for the rescheduled second leg of the Darwin Supercars double-header.

Supercars confirmed last week that a midweek fixture is on the table as part of the re-shaped trip to Darwin, after the opener was postponed by a week thanks to Northern Territory border controls.

Motorsport.com understands the current plan is to hold the Darwin SuperSprint, the second of the two legs, on August 18-19, starting just two days after the Triple Crown.

It's not yet clear if the midweek fixture would be held during the day or as a day/night or twilight event.

The only confirmed detail of the second leg so far is that it will be run entirely on the soft compound Dunlop tyre.

As first revealed by Motorsport.com, the Triple Crown was postponed from this weekend to August 15-16 after NT health officials declared the City of Brisbane as a COVID-19 hot spot, which implicated a number of drivers and team personnel.

The affected by the declaration were sent into hotel quarantine upon arriving in Darwin last Wednesday, before being released on Friday afternoon when the hot spot declaration was revoked.

While the two Darwin legs were originally meant to be held on subsequent weekends, the postponement, paired with the relatively compact schedule of the northern swing, has created some complications.

If the second Hidden Valley event was held on August 22-23, it would leave just five days for crews to travel the 2500 kilometres to Townsville for the first of two back-to-back events on August 29-30.

There is also both an AFL game and a general election scheduled for August 22, which would directly clash with the SuperSprint if it was pushed back a full week.