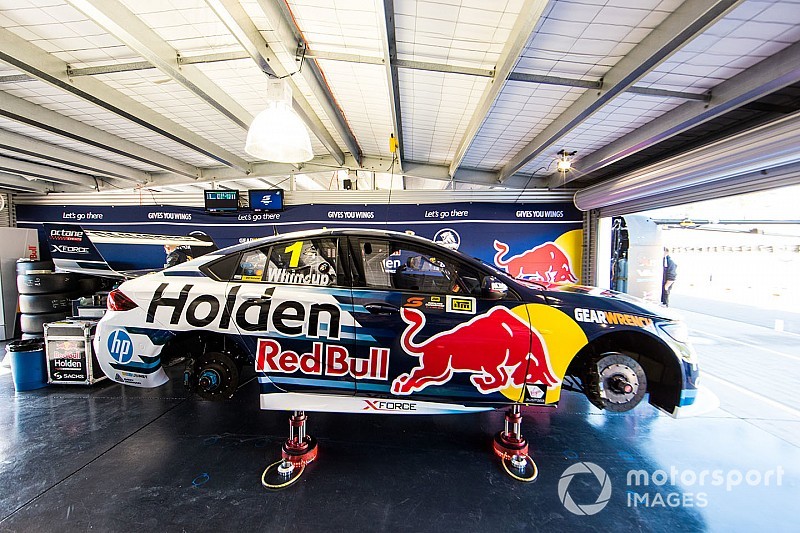 Supercars has confirmed that teams will be banned from using twin-spring dampers next season.

As exclusively reported by Motorsport.com, the series told teams following this year's season finale in Newcastle that a twin-spring ban was likely for 2019 in a bid to cut costs.

That's now been signed off by the Supercars Commission, with all teams required to run single linear springs front and rear, as is the case in the second-tier Super2 series.

"The Commission has approved the introduction of a single linear spring for next year," said Seamer.

"[Supercars officials] are going to work through what that means for setting rules and regulations for 2019. But the Commission will be sending that information out to all of the teams in due course."

Seamer also confirmed that cost-cutting was the primary motivator to the move.

"Obviously in the grand scheme of things the price of an individual spring is not particularly expensive," he said. "But it's an attempt to reduce or contain labour, and the amount of work that's being done at the track. It may also improve the racing as well.

"A lot of the teams are already using linear in the front and the twins in the back, so for many it's not much of a dramatic change."

Chaz Mostert, whose peak form at Tickford in the early part of 2015 was largely down to clever work on a twin-spring set-up, isn't convinced the ban will cut costs, but says it could be a good change in terms of shaking up the form guide.

"Obviously there are some positives to running stuff like twin-springs, but we've also proven you can be competitive on a linear spring as well," he told Motorsport.com.

"Whatever it is, it's good to see some different rules coming in and putting a blanket over everyone.

"I don't know if the twin-spring stuff will be cost-effective or not, because everyone has already got them and got the hardware to run them.

"We'll go into next year, get the engineer to change his mentality on how he wants to achieve his speed, and hopefully when we bang it all together we're at the pointy end."

Supercars is likely to introduce more cost-cutting rules ahead of the 2019 season, with proposals such as limiting sensors on the table along with the twin-spring ban.

According to Seamer some immediate measures will be communicated to teams over the break, ready to be in place for 2019.

"We will continue to look at cost containment and reductions over 2019 and 2020," confirmed Seamer.

"The Commission discussed a range of different or other items [last] Wednesday and once those have been communicated to the teams and team managers directly we will be in a position to share those.

"It would be inappropriate to discuss those with you prior to formal communication going to the teams from the Commission.

"It happens in every cycle of the business; you start to look at your cost base as part of your overall profitability, and it seems in my view it is prudent to do this every two or three years in any case.

"For us this is about making sure that the sport is here for many, many years to come and a big part of that is making that easy and attainable for new team owners to run their operations.

"We have got to take a critical lens at the cost structure of the series and the individual teams to ensure that."