Unique Ricciardo Supercar up for sale 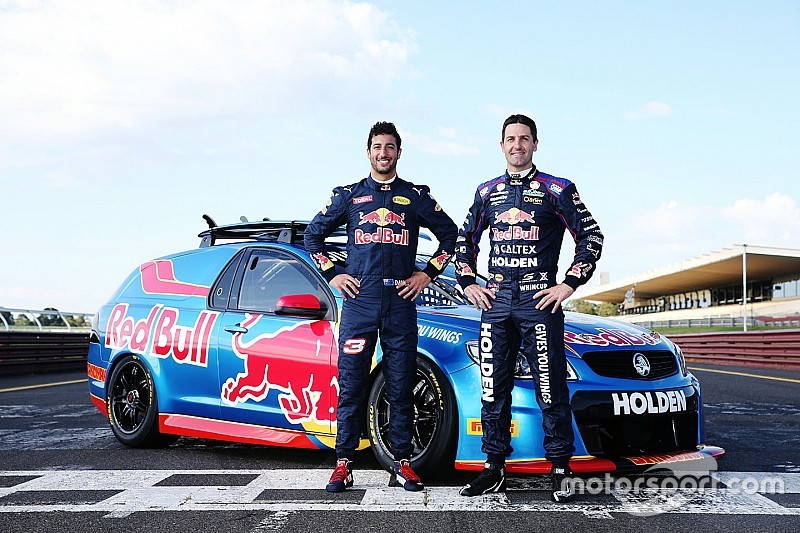 Triple Eight’s unique ‘Project Sandman’ Supercar, a title-winner in the hands of Jamie Whincup and once driven by Daniel Ricciardo, is on the market.

According to renowned Aussie Touring Car dealer V8 Sleuth, Triple Eight is selling the one-off Supercar-based wagon, which has been used for promotional and development work since it was unveiled on the Gold Coast back in 2014.

Based on Whincup’s 2013 Supercars title-winning VF Commodore, the car was built with minor modifications including a paddle shift-version of the Albins transaxle.

It was originally fitted with a standard Supercars engine, before an upgrade saw a 5.6-litre V8 engine making more than 700 horsepower go into the car.

Having been driven by the full suite of Triple Eight stars over the years, the Sandman’s most famous outing was in the hands of F1 star Ricciardo during a Red Bull promo at Sandown back in 2016.

During 2017 the car was used for the development of the twin-turbo V6 engine that was supposed to debut in Supercars this season, which included a number of tests with the likes of Whincup, Craig Lowndes, and Steve Richards behind the wheel.

Greg Murphy then drove the V6-powered Sandman in a series of public demos over the Bathurst 1000 weekend last year.

But with the V6 plan scrapped back in April, the Sandman has now returned to its former V8 glory and put on the market by Triple Eight.