The Holden ace started from 12th on the grid and had worked his way into the top 10 but took advantage of a restart accident between leaders Mark Winterbottom, Jamie Whincup and Shane van Gisbergen that saw all three drop off the road.

Kelly slipped on by and held on to take his second race win of the season to add to his win in Hamilton, New Zealand, but there's bound to be much more talk to come from the restart carnage.

"I can't believe that just happened!" exclaimed the 2006 V8 champion.

"You're allowed to overlap after the last corner and everyone did. I thought I braked too early into turn one. Our tyre life was not as good as the top three so we were lucky to get it. We're lucky, but we're stoked."

Winterbottom was able to salvage 15th place but was not happy with what he felt was a bump from Whincup that set him up to be overtaken on the restart.

"At the restart you control the pace and I got smacked from behind to push me wide and create the overlap," said Winterbottom.

"Then I wheelspun up and I wasn't going to yield because he bumped me. Three cars into turn one doesn't work and we all ended up in the ditch.

"I feel dirty that you get bumped out of the way to create the overlap. I'm not in the points battle so others have more to lose."

Steven Johnson and Craig Lowndes were able to take advantage of the dramas up front, finishing second and third on the podium.

With Lowndes third and teammate Whincup recovering for ninth, the championship gap between the duo now sits at a reduced 217. 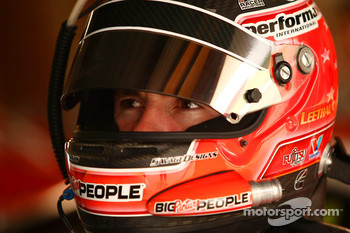 Lee Holdsworth grabbed fourth, Will Davison was fifth (after picking up a range of positions by pitting before the first Safety Car period and having started 20th), then Tony D'Alberto, van Gisbergen, Jason Bargwanna, Whincup and Steve Owen.

It was a tough day for Jason Bright, who retired after contact with D'Alberto. A punctured tyre ripped itself apart completely, forcing him to start to limp to the pits. However he and David Reynolds made contact and both were eliminated as a result.

It was also a dirty day for the Toll Holden Racing Team. James Courtney was two laps behind in 25th after a puncture and unscheduled pit stop and Garth Tander received a pit lane penalty with a 10-second hold for leaving his pit bay with air hoses still attached.

Kelly's win launches him up to third in the championship, Johnson moves up to sixth, while Bright tumbles back to eighth.

The teams will return to the track tomorrow for another 20-minute qualifying session and a 200-kilometre Race 13 of the V8 Supercars Championship.

V8 Supercars to rumble for another three years at Ipswich 300