Tony D'Alberto ruled out of Phillip Island 500 due to illness 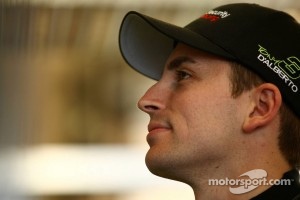 Tony D'Alberto will not compete in the L&H 500 Phillip Island this weekend after being struck down with chicken pox.

The Wilson Security Racing driver got the first symptoms of the itchy illness yesterday, and after completing eight laps in today's first practice session, he has elected to sit out of tomorrow's V8 Supercars two-driver endurance race.

In a disappointing blow for D'Alberto and the team, this event will be the first V8 Supercars meeting that he has missed since he made his first full-time start in the category in 2008.

Douglas has competed in the past two 'Seasons of Endurance.' In 2009, he drove for Greg Murphy Racing in a Wild Card entry. Last year, he drove with Tony Ricciardello in the Kelly Racing team.

"We had a pretty good day in the car yesterday, but I wasn't feeling right. I was trying to fight on, thinking I was coming down with the cold or a flu, but I realised last night that things weren't quite right.

"I'm not sure what hurts more – the pox or the fact that I'm not racing.

"I'm going to hospital now just to get checked over.

"Taz will do a great job for the Wilson Security Racing team. He is very experienced in these cars."

"Tony's health is paramount, so we have elected to keep him out of the race seat," Al D'Alberto said.

"We've known Taz for a long time. It's unfortunate the circumstances that he has joined us, but we've got full confidence that he will do a solid job for us.

"Our focus for Tony now is to ensure that he is fit for Bathurst."