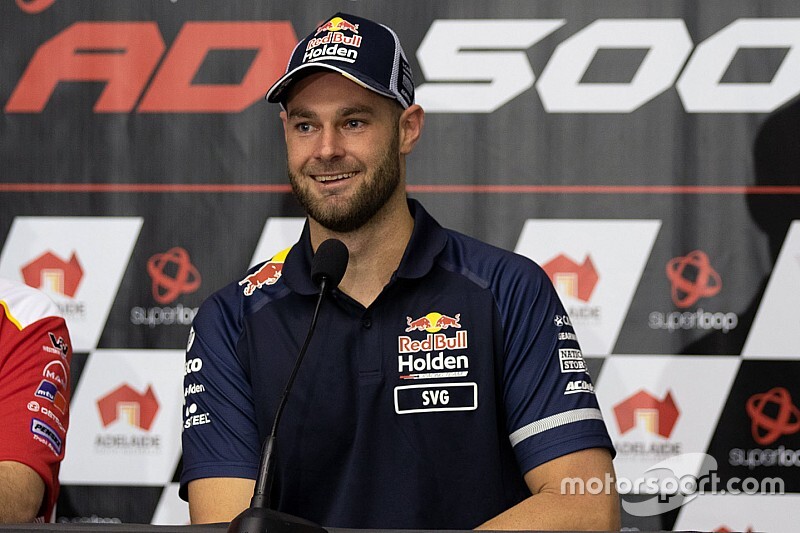 Shane van Gisbergen has picked up a first Barry Sheene Medal at the 2019 Supercars Gala Awards in Sydney.

The Triple Eight driver took out the category's best and fairest off the back of a season that yielded second in the points and five race wins.

He was also lauded as a top sportsman after stopping to check on Scott McLaughlin after his heavy crash in qualifying at the Gold Coast.

“I actually had this conversation last night and the discussion was my chances of winning this are about how I feel right now, written off!” he joked.

“I do struggle with the media stuff but the people around me have helped me show who I am. Thanks to the Red Bull Holden Racing Team and everybody involved.

“Thanks to my family for my grounding and all the people who helped me coming through, Stone Brothers for giving me my first shot, Tekno and now Red Bull.

“I love my career, love what I do for a job. The sport has been through some tough times this year as a whole, hopefully we start from zero next year and have some fun.”

Super2 regular Tyler Everingham, meanwhile, took out the Mike Kable Young Gun award, which comes with a $15,000 boost for his 2020 budget.

Elsewhere, Scott McLaughlin was bestowed with the Drivers' Driver award after a season in which he claimed his second consecutive title.

Champion Manufacturer of the Year: Ford

McLaughlin calls on drivers: "We can be better role models"