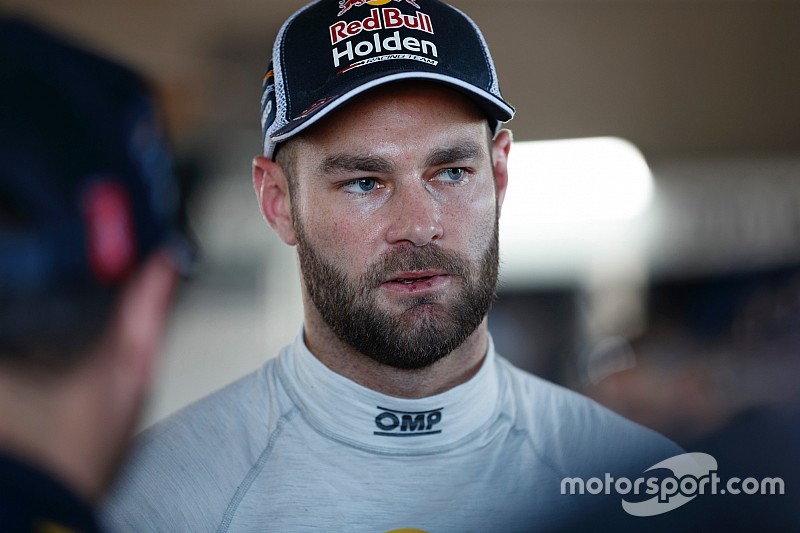 Shane van Gisbergen has labelled his post-race penalty 's**t' and claimed that Supercars has 'taken away' his hopes of winning a second championship.

After winning yesterday's race in thrilling fashion to set up a two-point, winner-takes-all title fight on the streets of Newcastle, van Gisbergen was slapped with a post-race 25s penalty for a pitstop breach.

The infringement was thanks to his car being lowered from its jacks before refuelling was complete, the 25s equivalent to a pitlane penalty.

Speaking to TV crews after this morning's qualifying session, van Gisbergen said the penalty is "s**t", and, when asked about how it stacked up against McLaughlin's pitlane speeding infringement 12 months ago, said he doesn't want to "cheer for someone's misfortune.

“The bloody series took it away from us," said van Gisbergen. "That’s s**t.

"It’s s**t to pray that someone has misfortune. You don’t cheer for someone’s misfortune or hope for it. I’m not someone who does that."

Triple Eight Race Engineering, which unsuccessfully argued that the team should be penalised rather than the driver, has so far declined to make on-the-record comment on the matter.

However the team did have a cheeky dig at the stewards' decision on Twitter, directly comparing van Gisbergen's penalty to a similar breach in Adelaide earlier this year, when Erebus was handed a fine and teams' points penalty rather than a time penalty.

The Supercars season will conclude with a final 95-lap race on the streets of Newcastle later this afternoon.