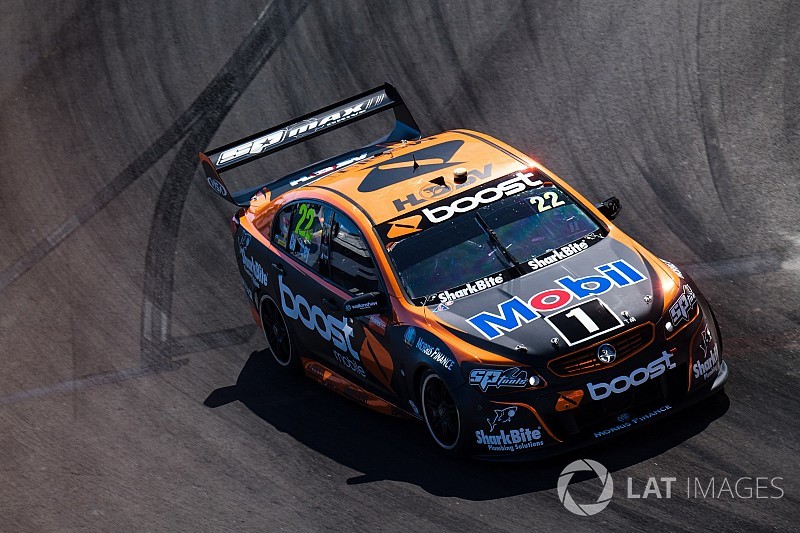 The Clayton squad has undergone a major shift ahead of the 2018 season, coming under the control of a three-way international alliance between Walkinshaw Racing, Andretti Autosport, and United Autosports in a bid to reclaim its spot at the top of the sport.

However while it's a new name and management structure, the team will carry over its two major sponsorship programmes from last year.

For Mobil 1 it's the continuation of a deal that started way back in the Peter Brock days a quarter of a century ago, a milestone that will be celebrated by James Courtney dropping the team's traditional #22 and running #25 this year.

Boost Mobile, meanwhile, will build on a growing relationship that started in Adelaide a year ago, and grew into the company taking over the major backing of Courtney's car from Phillip Island onwards.

According to Michael Andretti, who joins Roger Penske as a high-profile US team owner involved in Supercars, re-signing those sponsors is an important step for the burgeoning alliance.

He's also impressed with the synergy with his US programme created with Courtney's switch to #25.

“The Walkinshaw Andretti United programme for 2018 keeps getting stronger and stronger, and we’re proud to announce a continued partnership with Mobil 1 and Boost Mobile that will see the team take on the Mobil 1 Boost Mobile name," he said.

“The #25 has been part of the Andretti Autosport stable in IndyCar, so it’s also very neat to see James take on the #25 in honour of the 25-year relationship between Mobil 1 and the team.

"Our team has been fortunate enough to work with Boost Mobile (US) on the IndyCar side, and we are excited to continue that relationship with the brand, this time in Australia.

“The website is live, fans can get merchandise, the car build is progressing, and Adelaide is just around the corner. I feel like Walkinshaw Andretti United has arrived and I can’t wait to get the season going.”

The team is set to begin the 2018 Supercars season with one brand new ZB Commodore, and one car rebuilt and resigned with the new ZB aero.

A second new car is likely to follow once the season gets underway.

Tommy Johnson Jr. has an accomplished history in the sport of drag racing

Tommy Johnson Jr. has an accomplished history in the sport of drag racing