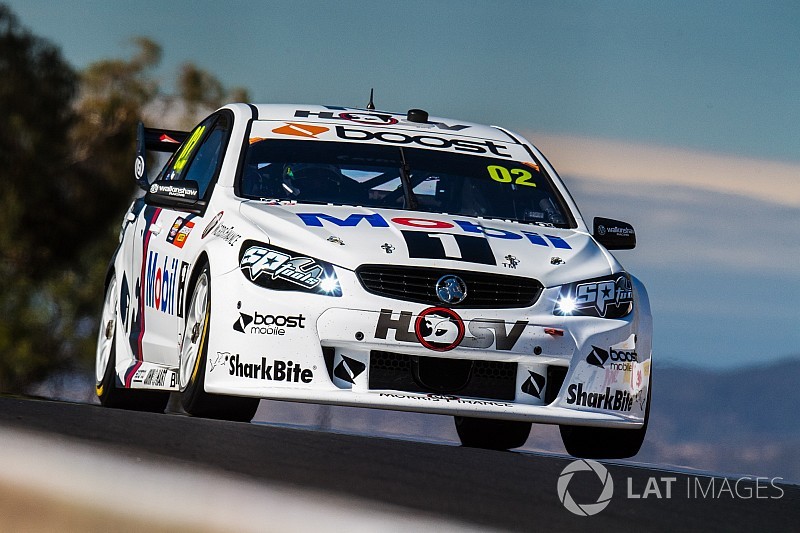 Faux, who has been working as the technical director at Team BMR in the UK, will take on the role of Technical Consultant.

His background includes designing the race-winning Triple Eight Racing MG6, before turning his attention to the Subaru Levorg, which has won 14 races over the last two seasons and this year's BTCC title.

His appointment comes in the wake of the major announcement that Walkinshaw will team up with Andretti Autosport and United Autosports to form Walkinshaw Andretti United from next season onwards.

“We’ve been open about the areas where we need to improve the business and the opportunity with Carl came up,” said Mathew Nilsson, Walkinshaw’s General Manager of Motorsport.

“He’ll be working in the engineering department, he’ll help lead us and give us ideas of how to improve that side of the business.

"We’ve been actively looking to bolster up the department, so that’s what it’s been about.

“It’s very early stages. We’ll give him a chance to review things, and then we’ll bring him up to speed to where we think our weaknesses are.”

According to Faux, the move to Australia is all about a fresh challenge.

“With the group of staff at BMR, it is at a position where it can continue to grow and improve without me,” he said.

“The seeds that were planted a long time ago can grow and bloom for the next generation of staff. I will keeping a close eye on Team BMR and have a quiet cheer for the successes that they will have, and I know there will be many.

“The crew is one of the very best I have worked with and I am very sad to be leaving them behind. But my future is in Australian Supercars. It will be a new challenge in a new country.”

Faux’s appointment comes as the team looks to evolve its technical department thanks to the Andretti and United deal.

That process will also involve Andretti technical director Eric Breztman, who, like Faux, is experiencing Supercars for the first time at Bathurst this weekend.

“We’ve got to fit into their schedules and that sort of thing, but we’ll try and get Eric out [to Australia] again soon,” added Nilsson.

“It’s been great to have Eric and Carl here at the same event, so they can start to get to know each other and work together.

“That’s all going to come now. We’ve got the arrangements under control, now we’ll get on with the planning and implementation.”

Nissan on Supercars future: ‘Everything is on the table’