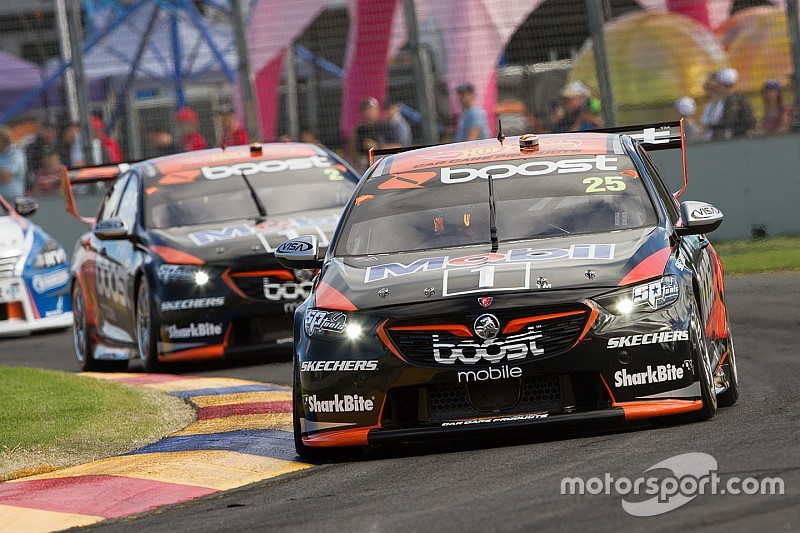 The two WAU Commodores found themselves scrapping over the same bit of road shortly after Pye made his second stop on Lap 39, leading to a brief, but heated, on-track exchange as they both tried to press on with their respective strategies.

While it may have caused some furrowed brows in the WAU garage, both drivers were adamant that it was friendly fire and completely under control.

"That was pretty exciting," said Courtney, who went on to finish sixth.

"In the pitstop we vented a bit too hard, so we lost a bit of time which we shouldn't have done. We should have been two seconds in front of those guys. It dropped us back there.

"I kept my head and settled into a rhythm, and thankfully it all came back to us.

"[Scott is] there to race as hard as me. We didn't do anything crazy, but we wrestled a little. It was all pretty clean."

"There was some contact between me and James between Turns 4, 5 and 6. But I never thought we were going to take each other out, I feel like we just gave each other enough room," added Pye.

"That's what it's about.

"There was  point a little bit later in the race when JC and I went side-by-side through 11 and 12, and I just thought it was pretty cool.

"When we came in, we jumped out of the car and laughed about it. We thought it was pretty cool. I think everyone here [in the garage] was holding their breath."

Pye explained that part of the reason he ran with Courtney after re-joining was some blunt instructions from engineer Rob Starr.

"Starry told me when I went back out to have a dip, so we had to get out and go as hard as we possibly could," he said.

"And Turn 4 is always tough; you come out of pitlane on cold tyres and you have someone on hot tyres, it's always hard to hold them off.

"But yeah, I thought JC and I rubbed doors but it was fair. It was good racing."

Pye finished the race eighth, capping off a solid opening weekend for the new WAU alliance.