The second seat at Walkinshaw Andretti United has emerged as a potential Supercars career lifeline for Richie Stanaway. 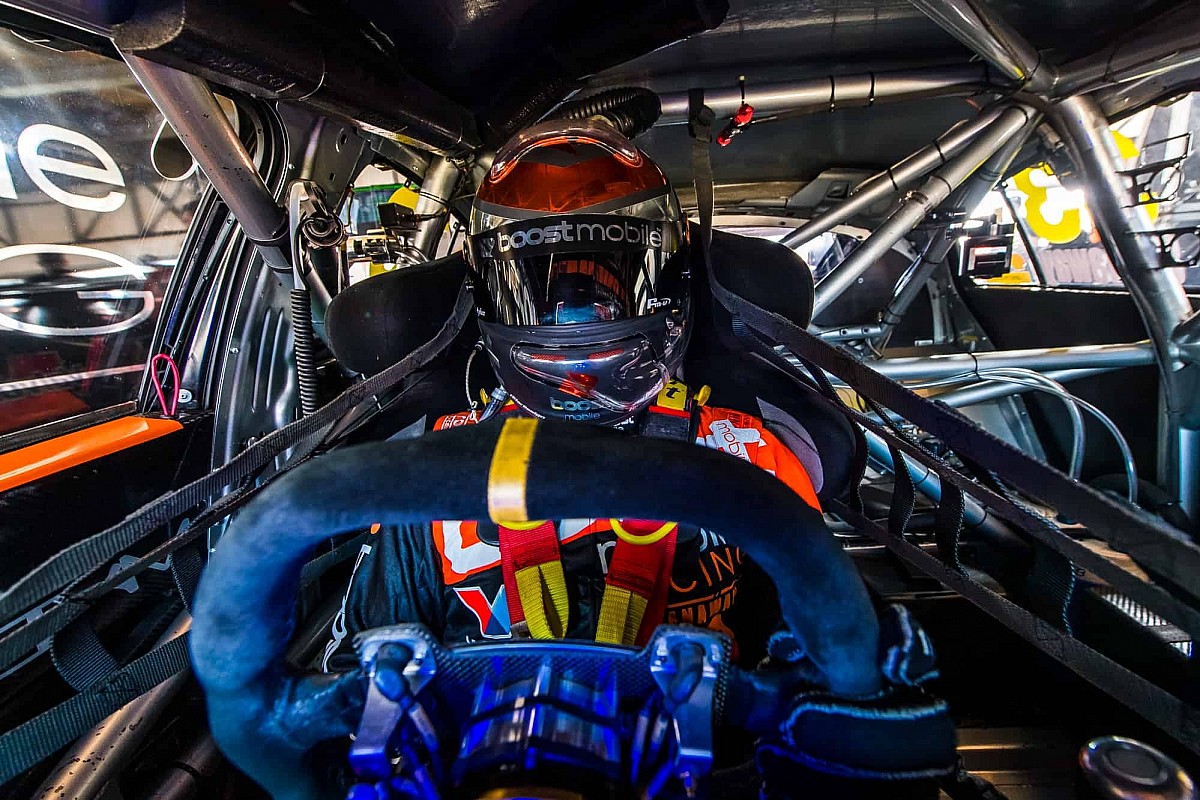 There's been a question mark hanging over Stanaway's Supercars career since news broke of Garry Rogers Motorsport's departure from the category at the end of this season.

The Kiwi may not even see out the season with the team, having been stood down by the team for yesterday's Gold Coast race after missing a scheduled fan signing session before qualifying.

It's yet to be determined if he'll return for Sandown and Newcastle.

The sensational benching is the latest bump in what's been a turbulent full-time Supercars career for the ex-open-wheeler ace, who also fell out with Tickford Racing during the 2018 season.

But it's not necessarily the end of his Supercars career, Stanaway understood to be talking to a number of teams about a 2020 drive – including WAU.

The Clayton squad is set for an all-new line-up next season, Chaz Mostert expected to take one seat, while Stanaway is among those in contention for the other.

That there's a link between Stanaway and sponsor Boost Mobile is no secret, the telco having played a key role in landing him the GRM seat for 2019.

A Boost component to a potential Stanaway/WAU deal is therefore a logical conclusion to draw.

Boost boss Peter Adderton is currently in a stand-off with Supercars over improved technical parity, having pledged to not be a major team sponsor until a control upright is introduced – which Supercars says won't happen until at least 2022.

With GRM's naming rights Boost deal effectively harpooned by the upright saga, the team elected to not enter either of its Supercars Racing Entitlements Contracts for 2020.

Adderton has, however, indicated via social media that the company is still open to backing individual drivers, which leaves the door ajar for a potential Stanaway/WAU tie-up.

An impressive European career, first in open-wheelers and then in GT racing, meant Stanaway was highly-rated when he turned his hand to Supercars several years back.

He more than lived up to hype in a co-driver role with Tickford, which yielded a Sandown 500 win and a second place on the Gold Coast in 2017 alongside Cam Waters.

His two campaigns as a series regular, however, have yielded little in the way of front-running results, not helped by factors such as relative a lack of Supercars in his rookie year with Tickford, and GRM's general lack of form this season.

There have also been personal clashes, such as his infamous radio blow-up with the Tickford crew at Townsville last year, and this latest incident with GRM on the Gold Coast.

After winning yesterday's GC race close friend and fellow Kiwi Shane van Gisbergen made a public plea for Stanaway to not give up on the sport just yet.

“I had some good chats with him the last few weeks and then again told him to call me this week,” sad van Gisbergen.

“He’s been through a tough few years and he’s probably a bit misunderstood in some ways publicly.

“He’s a ripper of a kid and what he went through in Europe, pretty isolated there when he broke his back and stuff.

“It’s taken a long time to recover from, but he’s a star driver and probably hasn’t had the right stuff to show his potential here and obviously he’s been frustrated by it.

“When you race in Europe and that, you don’t do any media stuff, you just race the car and that’s it, and that’s a lot of your job here.

“He probably hasn’t had the right training or the right attitude for it, and that’s reflected a bit.

“He’s a ripper of a kid, I just hope he doesn’t give up with his racing and keeps charging. I thought Garry would have been good for him but he hasn’t really moved forward.

Stanaway returns to GRM for Sandown