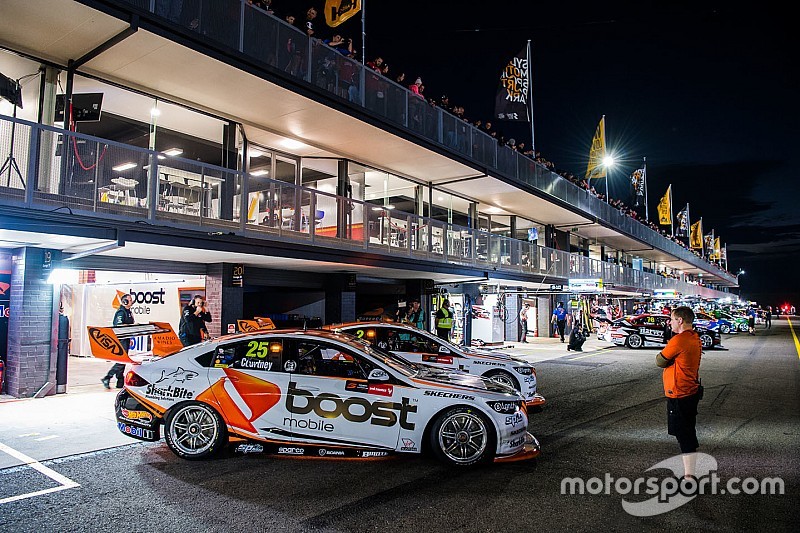 Walkinshaw Andretti United says it needs to investigate the double suspension failure that ruled both of its cars out of the Sydney SuperNight race yesterday.

The team was showing promising form under lights at Sydney Motorsport Park, Scott Pye running in what was a genuine fifth place at the midstage of the race, while James Courtney was well in the hunt for a Top 10 as well.

However it all came undone thanks to a pair of identical left-front suspension failures on both cars, Courtney's the first to go before Pye followed a handful of laps later.

The failure resulted in a DNF for Courtney, while Pye went back out and finished down in 25th.

According to co-team principal Mathew Nilsson there is no straightforward answer to what happened, with further investigation required to understand why what he says are not 'normal' components would fail like that.

"We know the area that’s failed, the left-front corner for both cars, but we can’t make any decision on what the exact cause was," he said.

"We know what failed but how that’s transpired requires us to head back to work and go through all the bits.

"The frustrating part is that it was just normal componentry, we weren’t trying any new components or anything different.

"We need to understand what’s failed first, see what and why, and then work out if it’s a circuit-specific thing or something else."

While the team didn't get a result, there were some encouraging signs after a difficult run over the last few months.

After being quick at the start of the year, the 'northern swing' in high UV places like Darwin, Townsville, and Ipswich proved challenging for the Walkinshaw Holdens.

However a move back to cooler conditions, and in particular racing under lights, suited the Clayton cars – which Nilsson says makes the suspension failures hard for the team to swallow.

"It’s disappointing because I felt like, we’ve had some difficult weekends, but we came here just working on our plan," he said.

"So for the effort, it’s disappointing for all the crew. It was a smooth weekend up until then. We had fast cars and were on for some good results.

"It was good to be back in the 10 [in qualifying] with Scotty and JC just missed out, but I think we showed the potential in the car has improved again. We had good pace in the race.

"It’s hard to take, but we’ve got a really resilient crew that we’ve been through some difficult times with.

"I can’t fault them enough for keeping their chins up and working as hard as they can to achieve the result."

Hazelwood on Sydney wing failure: I knew I was in a world of s**t