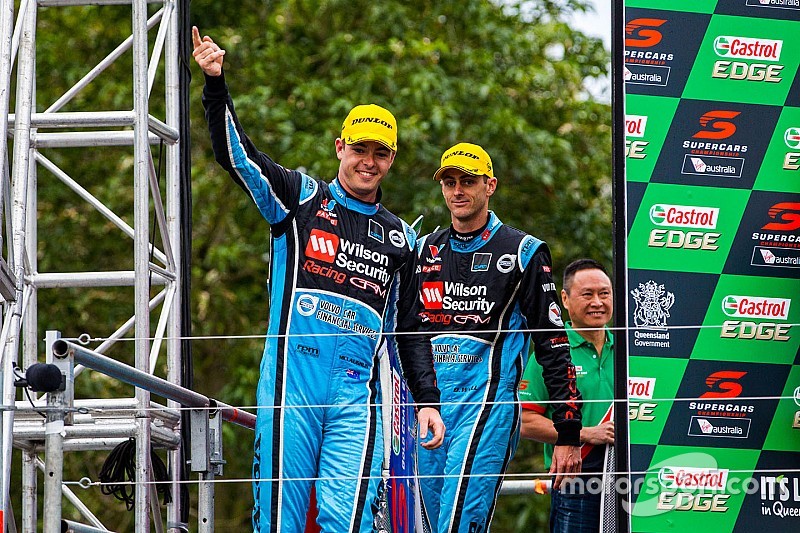 David Wall and David Russell are tipped to be closing in on two of the top remaining seats in the Supercars field for the long-distance races at Sandown, Bathurst, and on the Gold Coast.

The Melbourne-based Nissan Motorsport squad is shaping up as the likely destination for the experienced pair; so far only one of Nissan’s co-drivers has been formally announced, with new signing Jack Le Brocq set to partner up with Todd Kelly in the #7 Carsales-backed.

With Dean Fiore very likely to return to drive alongside Michael Caruso, that leaves spots alongside Rick Kelly in the #15 Sengled car and Simona de Silvestro in the #78 Harvey Norman Altima still up for grabs.

One likely option for the seat in Kelly’s car – one of the top drives left on the market – is Wall. The New South Welshman has plenty of recent Supercars miles after spending the 2015 season as a full-time Garry Rogers Motorsport driver, before slotting back into a co-driver role at the team and finishing third in the Pirtek Endurance Cup alongside Scott McLaughlin last year.

With McLaughlin moving to DJR Team Penske where he will be joined by Alex Premat, and GRM locking down James Golding and Richard Muscat as its co-drivers, Wall is thought to be a prime candidate to replace Russell Ingall alongside Kelly at Nissan.

While unable to confirm any plans and name any teams, Wall did tell Motorsport.com that he is expecting to be on the grid come the Sandown 500.

“I had a good run at the endurance series last year, even if we were a little unlucky. Overall we came third in the Endurance Cup,” Wall told Motorsport.com.

“I’m definitely looking forward to getting back on the grid for the endurance races in 2017. It looks like it will happen, we’re just working through the final details of that now. I’m looking forward to hitting the ground running.”

The likely option for the spot alongside Simona de Silvestro is Russell, who has been part of the Kelly set-up since 2011. He was partnered with Dale Wood in the fourth Nissan at the three endurance races last year, and is expected to race alongside Supercars rookie de Silvestro this time around.

That means Renee Gracie and de Silvestro won’t be reviving the ‘Supergirls’ partnership that was used for two one-off ‘wildcard’ starts at the Bathurst 1000.