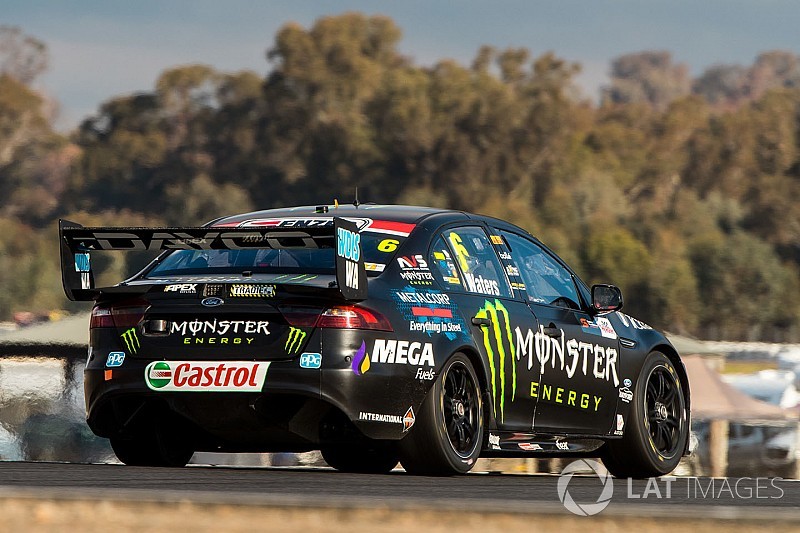 Cam Waters says the Tickford Racing outfit is unsure what caused an 'embarrassing' pair of axle failures at Winton.

Waters was forced out of Saturday's opening race 12 laps from the end with a broken rear axle, before a second identical failure occurred on the warm-up lap for Sunday's race.

He did get eventually get going for the 200-kilometre finale, but was five-laps down, and ultimately classified last.

Reflecting on the rare axle failures, Waters said the issue was 'pretty embarrassing', and called on the Tickford squad to find and rectify the root cause.

“It was pretty embarrassing to be honest," said Waters.

"We broke two axles in two days, and it shouldn’t really happen.

"We don’t really know how it happened or why they broke, but it shouldn’t happen so we’ll figure out the cause of the issue and make sure it doesn’t happen again.

"Once we got out there today my car was really fast, which was our only positive [on Saunday]. Even on 40-lap old tyres I was lapping better than guys on way younger tyres, but it doesn’t do us any good when we’re five laps down, so we’ll just have to take this one on the chin and move on."

Sunday proved to be a difficult day for the Tickford team, with Mark Winterbottom just 20th after suspected broken chord in a tyre during a final stint, and the team's form driver Chaz Mostert having to work hard to finish 10th.

The silver lining, however, was rookie Richie Stanaway breaking through for his best solo Supercars result with ninth place after a difficult start to the season.

According to team boss Tim Edwards, the general mood in the team post-Winton is hinged on needing to do better across all four of its cars.

“We’ve certainly got plenty to figure out over the next few weeks, we’re obviously not where we need to be and we’ve got a lot of work to do to get there," said Edwards.

"Overall the team really struggled today, pretty much all weekend for that matter. But if there’s a silver lining, I’m happy for Richie after the storm of a season he’s been through. We know he’s capable of performances like that and better, so this is a good result to build on.

"But we need to be performing better on the whole, so we’ll keep working at it and hopefully figure out these gremlins for Darwin.”