He may be bringing a sponsor to Walkinshaw Andretti United for the 2020 Supercars season, but according to those that have worked closest with Bryce Fullwood, write him off as a pay driver at your own peril. 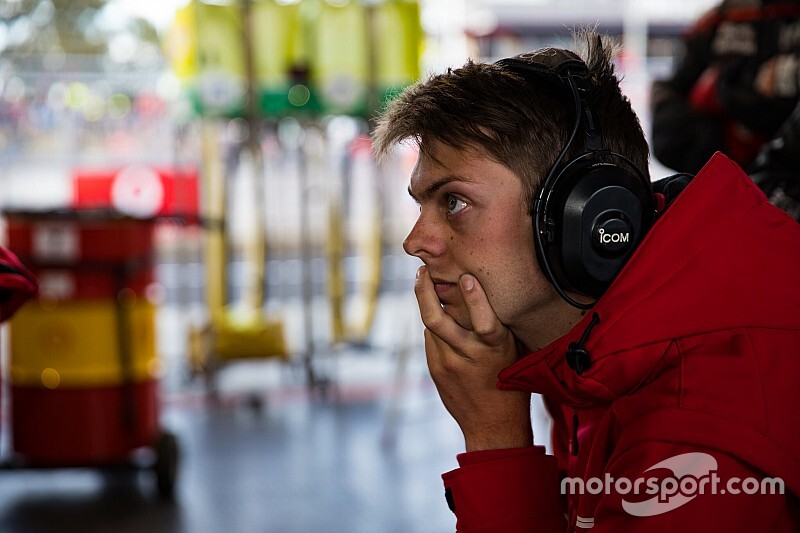 WAU rolling the dice on Fullwood for the 2020 season should be lauded as an overwhelmingly positive move.

If the system is working, a runaway Super2 champion should find his way into the main game the following season. And, with a superstar signing like Chaz Mostert locked away, it makes perfect sense for a team like WAU to pair him with a fast, but not immediately threatening, rookie.

However, it's not 1994 and we're not talking about Craig Lowndes. In these tough commercial times it's easy to be sceptical about a young driver's progression, particularly when his car will be draped in the colours of a personal sponsor.

It's worth noting that in this case it's not a family sponsor. It's a real sponsor that has backed Fullwood for years for seemingly no other reason that that it works for them.

But, paired with WAU dealing with its own commercial hiccups like the collapse of the Mega deal, and the need to find the money to pay Mostert, it's easy to rush to sinister conclusions about how he ended up in the seat.

So, is Fullwood plugging a commercial gap? Or he is genuinely an exciting rookie completely deserving of his spot not just on the grid, but at an ambitious team?

For Kelly Racing's Andre Heimgartner, who got a good look at Fullwood as his co-driver during the 2019 endurance races, the answer is simple.

"He's the real deal, he's got the potential to be really competitive in the category," says Heimgartner.

"He's got a lot to learn, but he's definitely got the raw speed. He showed that in Super2 and in the enduros. He came in with no fuss, he wasn't much slower than me, which was great, and he was able to stay out of trouble. That's what we were looking for and he nailed it.

"It's always a bit of an adjustment to Supercars, but he's got the potential to be a very competitive driver." 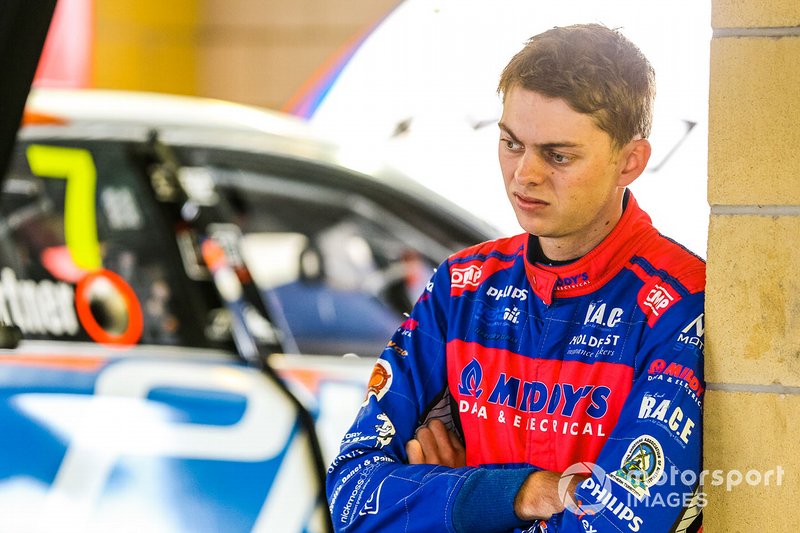 Matthew White has an even deeper understanding of where Fullwood fits in to the scheme of Supercars talent.

The experienced Super2 team owner first ran a very green Fullwood in the second-tier at the end of 2015, before full campaigns across the following two seasons.

After finishing 11th in 2017 Fullwood left to join Matt Stone Racing, a relationship that yielded a disappointing 17th and ended after a single season. Fullwood then returned to White's MW Motorsport squad for 2019 and dominated in his Nissan Altima, with six wins and a total of 11 podiums from 14 races en route to the title.

Despite it not being the strongest Super2 season on record, the dramatic improvement still came as a surprise for some.

For White, however, there was little doubt over whether he'd be quick enough to win, it was more about how he'd deal with the disappointment of the previous season.

"It could have gone either of two ways," he explains. "When he finished up with us [in 2017] I expected him to be top three the following year, the year he went to Matt Stone Racing. Then he had a year of pretty hard soul-searching, which will either make or break you.

"In that case it was very good for him. It showed him that he did have the gear he needed when he was with us. He came back in, appreciated what he had, and we gave him what he needed."

According to White, the sheer level of scrutiny the team endured amid Fullwood's dominant run speaks volumes.

"We've never been targeted more," he laughs. "We had the motor centre of gravity tested, the motor was taken out mid-year to be dyno tested to make sure it wasn't going over power figures, shock absorbers pulled apart... it was just the amount of pressure that was being put on Supercars because of the performance.

"Zane [Goddard] was there on and off, but Bryce was there all day, every day. Obviously the opposition were upset about the performance we were achieving – and that's a credit to Bryce." 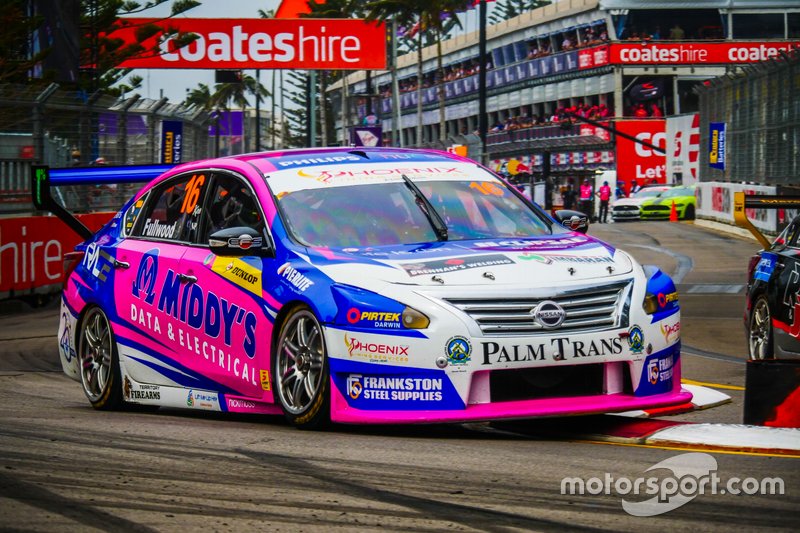 While always impressed with Fullwood's feedback, White says a particular focus in the early part of the 2019 season was getting the 21-year-old to trust his judgment when it comes to set-up.

"Bryce's feedback is very good, so that will help him [in the main game]," says White. "He does a good job of describing what he needs and most of the time it's pretty accurate.

"We had a hard chat at Barbagallo when Zane was on pole. I said 'mate, he just drove it harder than you did'. There were some frank discussions, and he copped it on the chin. He probably didn't like it, but our job is to make drivers the best they can be, and we need to be the best we can be. If you tick both those boxes, you win races.

"As the year went on there were no more of those moments. He just drove really well."

According to Heimgartner, trusting your set-up instinct is a significant part of making the step up from Super2 to the main game.

"There are so many different challenges – that's what makes it so difficult," says the Kiwi.

"It starts with relying on yourself for car set-up; in DVS they tend to leave the cars alone a lot of the time, but in Supercars you're changing the car flat-out. You've got to adapt quickly to things. You've got to avoid getting lost with your set-up and provide good feedback.

"The races are a lot longer, so you've got to learn how to manage the races, manage the tyres, and manage the racing side of it as well, earn the respect of the other drivers. You've got work out all of the media side. There are so many angles to it.

"For a young driver coming in, it takes a little while. That's why we always see a lot of improvement in the second and third year for young drivers."

That in itself is an important message. The proof will of course be in the pudding when it comes to Fullwood's main game career, but whether he's a superstar or a journeyman, he'll need time to settle in. Let's not forget that Jamie Whincup was fired after his first season.

While the transition will come with its challenges, White is confident the ambitious, new-look WAU outfit is the right place for Fullwood to be for 2020.

"I think WAU will be very good for him. In my view it's a team on the up and up, and he's jumping in at the ground floor," says White.

"It'll be tough; in Super2 there's five guys banging into you, in Supercars there is 25 of them.

"But he'll acquit himself well, he'll upset a few people." 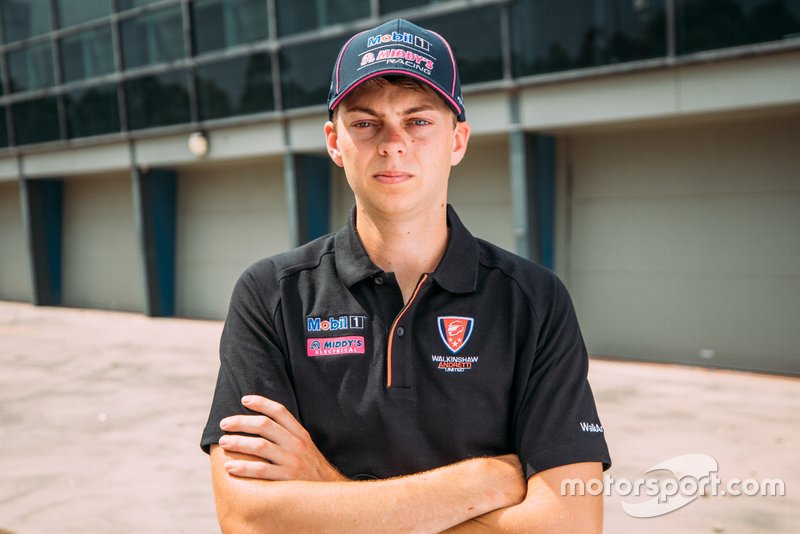