What ‘second screen experience’ means for the Bathurst 1000

The staple ingredients for watching Australia’s biggest motor race used to be a TV and a fridge full of cold beverages. But as viewing habits change and technology evolves, the ‘second screen experience’ is growing in importance.

Let’s be honest, not everyone was thrilled when Supercars became a pay TV sport back in 2015.

The shift to a Fox Sports deal, complemented by the big races being shown live on free-to-air, wasn’t an instant hit with a fan base used to getting its top-level Touring Car action for free, week-in, week-out.

Fox Sports swung into action with every-session-live style coverage that would be impossible to pull off in the world of free-to-air television. And the numbers are heading in the right direction, with Fox Sports reporting a 25 per cent growth in audience between 2015 and 2016, and looking to be on-track for around another 10 per cent last year to this year.

But the anti-siphoning laws in Australia mean that fans still have the option of sticking with a free-to-air package that consists of mostly delayed highlights packages, peppered with live coverage of the big races.

Bathurst is one of those races that Fox Sports doesn’t get a free swing at. With The Great Race specifically mentioned on Australia’s anti-siphoning list, Fox Sports has to share the jewel in the crown with Network 10.

Sure, that means sharing the audience – but it also provides the opportunity to market to fans still not necessarily sold on the idea of parting with their hard-earned for dedicated, hardcore coverage.

To do so, for the second time running the broadcaster has committed to two key add-ons to the 2017 Bathurst 1000 coverage – the dedicated pop-up channel, and the Bathurst 1000-specific mobile app.

The first one is a no-brainer; hours and hours of classic Bathurst replays heading into the weekend followed by uninterrupted coverage across the weekend itself. The concept debuted for Bathurst last year, and topped the Foxtel charts for the week of its existence. It was then wheeled back out for the Australian Grand Prix earlier this year.

The app, however, was more of a roll of the dice. It wasn’t packaged into a Fox Sports app or a mobile-friendly version of a website, it was a dedicated Bathurst 1000 app. One sport, one event.

It worked. It was the top downloaded free sport app in the country across the B1000 weekend, a result that inspired the Fox Sports team to not only do it again, but pour significant time and resources into evolving it.

That job fell to Todd Procter, Head of Innovations. Having pioneered the Augmented Reality-led first version of the Fox Vision app 12 months ago, Proctor has now re-developed a new version – available now – more in keeping with the tech trends of 2017.

It features two 180-degree Virtual Reality cameras, one in pitlane and one out on track (most likely at Forrest’s Elbow). Users can pivot left and right to keep a keen eye on what’s going on.

The Top 10 live tracker returns, but has ditched the Augmented Reality feel and has a harder focus on data (speed, gear, throttle input, brake input).

There’s also the ‘vault’ full of video content that ranges from ‘Top 10’ style montages to 360-degree on-boards, and a social hub that concentrates all of the social media content from the teams and drivers. 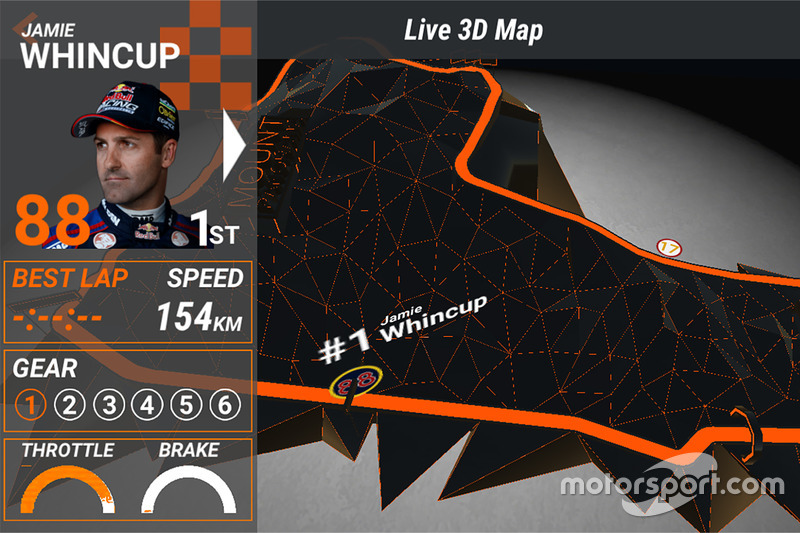 More important than what the app does is what it means for sports broadcasting.

The key phrases are ‘second screen experience’ and ‘companion app’, which refer to the importance of a digital offering that enhances the viewing experience for somebody either watching on TV, or sitting trackside.

In a short space of time, the second screen experience has gone beyond hitting refresh on a saved Twitter hashtag search and become a world where you can track Craig Lowndes’ throttle trace as he barrels across Skyline at Mount Panorama.

“We do everything. We cover every aspect of the Bathurst 1000 experience, and this is another addition for the fans. There is nothing there that isn’t motorsport, it is a dedicated app for motorsport fans. It’s a companion app for the Bathurst 1000.”

Proctor is unwavering in his belief that dedicated apps – specific even to a single event like this one – are the best way forward in terms of second screen experience.

However, he concedes that quantity over quality is a genuine concern, and that targeting the right sports/events is crucial.

“Dedicated apps, instead of an app with everything in it, I think this is the way to go – but you’ve got to be careful not to have too much,” he warns. “You can’t have it for every single sport.”

The same goes for the content within the app.

“We cherry pick the content that goes in,” he adds. “We don’t want people to be trawling through so much content that they can’t find the good stuff.

“We employ the best directors and the best producers to create the good stuff for our broadcast channel. There’s been talk about why don’t you stream that camera and that camera and let people choose – but we need the best content to be easy to find.

“So we provide the best producers and directors to produce the best content, and then value-add to it with the best selection of content in the app.

“And we’ll ask people afterwards what they liked and what they didn’t. It’s a fan thing, it’s a true fan thing.” 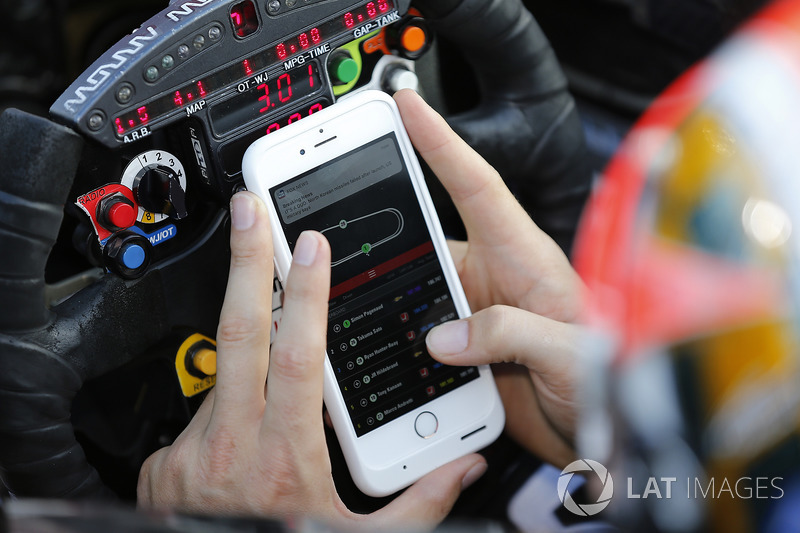 What works in one sport…

While the idea of dedicated apps isn’t necessarily being used across Fox Sports’ range, the content philosophies and technology use is universal.

The constant evolution in technology means Procter and his team can bounce an idea off one sport, and even if it doesn’t work in that exact situation come away with plans for better execution in another.

To put that in real terms, the virtual reality work Procter has done with the major footy codes over the last decade or so has helped him refine what now goes into the Fox Vision app.

“Trying to stick a VR experience on a large event like and AFL or NRL field, you’re way too far away. There is no impact.

“There are other ways we can bring fans closer to those games with those codes – for example a few years ago at the AFL I tried a 4K stitch camera, so two 4K cameras together. You had an electronic 16x9 window that you could move around the field. AFL is all about back play, and you don’t always get to see all of that on the broadcast. Because it was so dense with pixels, the idea was that people could go anywhere they like and see what they wanted to see.

“I love that we can bounce ideas between different sports. When we were doing the 360 stuff for the footy, I immediately thought about motorsport.

“We’ve got cameras inside the cars, and the experience that the footage Supercars is giving us from inside the cars is perfect, we don’t want to stuff around with that. But we can add to it.

“So where was the next-best place to stick the camera? On the roof.” 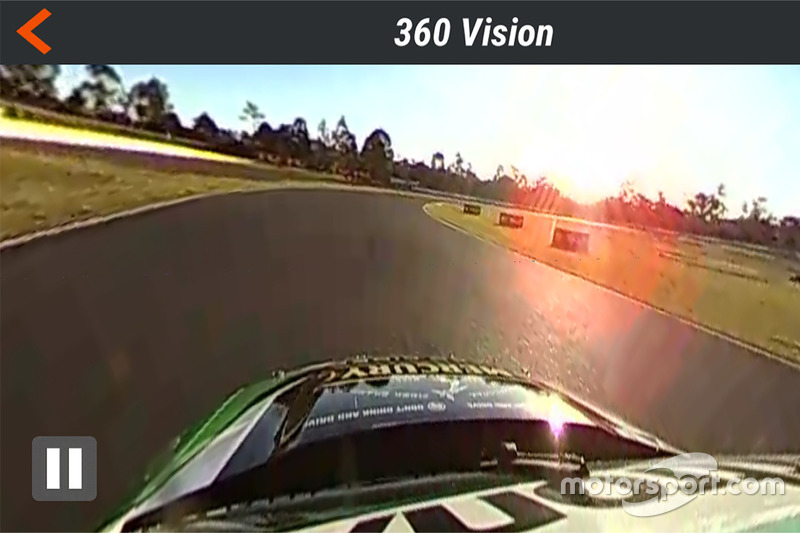 Even in 12 months the focus of the Fox Vision app has changed. A year ago it was all about Augmented Reality, whereas now the focus is on 180-degree and 360-degree cameras, and the majority of the AR content is gone.

That’s a pulse that Procter has to keep his finger on, and not just between 9am and 5pm Monday to Friday.

“I’ve got kids, and I watch the behaviour and the way they use technology,” he says.

“All the time I’m constantly looking at new technologies and how people are using them. And I then try and apply that to broadcast television.

“Part of the my skillset is to be able to say ‘I’ve found this new thing, I think it could be used in this way’, and engage the production team to say ‘that’s no good’ or ‘yeah let’s do it’ – and then we go from there.”

And the cogs of innovation are always turning in Procter’s head, even midway through an interview.

“The next step for me is to do something good with the sound, so that if you look left, for example, the sound follows you,” he says while flicking through the demo of the 180-degree camera.

“At the moment it’s a stereo mic, and you put your headphones on and the sound moves across your head.

“It sounds really good, but if I was sitting trackside looking that way I would here things differently depending on where I was facing.

“I want it to replicate that…” 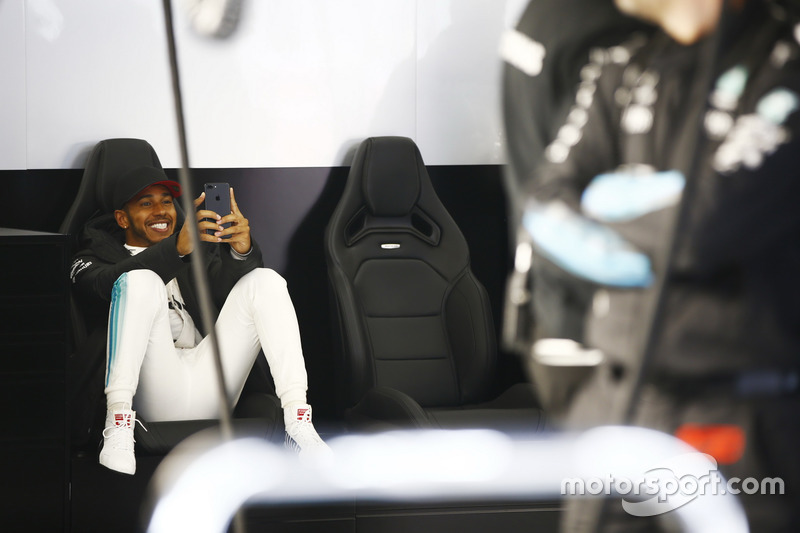