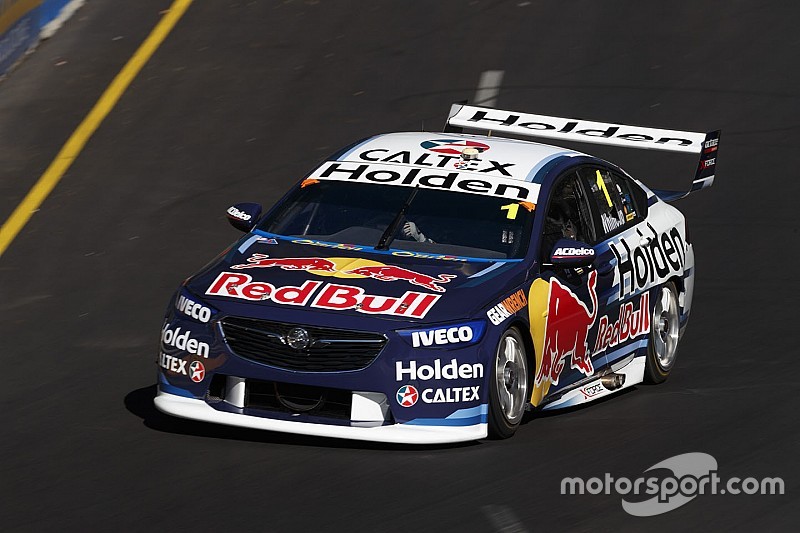 Jamie Whincup has been ruled out of the second leg of the Adelaide 500 by a mid-race gearbox failure.

The Red Bull Holden driver dominated early proceedings on the streets of the South Australian capital, leading across the first stint and into the second.

However his charge came to an abrupt end shortly before half distance, Whincup forced to crawl back to the pits with a suspected gearbox failure.

"We had the fastest car and it seemed to be under control," said the reigning champion.

"The gearbox temp was going up and up and up, we could see it coming, but there’s nothing you can do, you’ve just got to keep pressing on. And then bang, no drive.

"It’s unfortunate, it’s the one that got away. But that’s motorsport I guess."

While its potentially a drop of 150 points, Whincup said he's not too concerned about his title defence just yet.

"The car was good, so we’ll take away so positives that we were quick here this weekend and fight back at the Australian Grand Prix."

The race is set to be his first DNF since the Gold Coast in 2013, ending a run of 136 consecutive finishes.