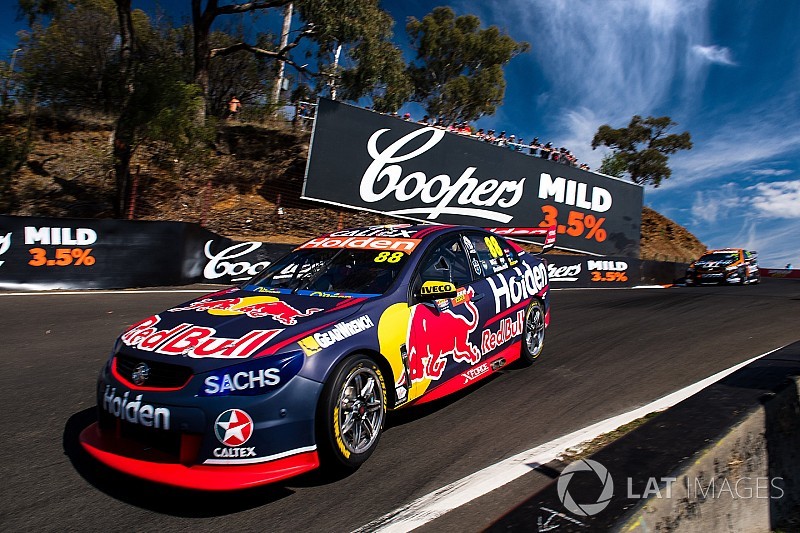 Jamie Whincup says he doesn’t know why he failed to make the cut for Saturday’s Top 10 Shootout ahead of the Bathurst 1000.

Whincup was just 12th fastest in Friday's regular qualifying, before being bumped up to 11th when James Moffat had his fastest lap wiped due to bringing out the red flag in the closing seconds of the session.

It means the #88 Red Bull Holden won't take part in the Top 10 Shootout, and therefore won't be back in competitive action until the Bathurst 1000 starts on Sunday morning.

Whincup has only missed the Shootout once since the co-driver rules were changed to split regular drivers for the 2010 long-distance races, and that was in 2014 when the six-time series champion crashed out of qualifying.

This time, however, it was a lack of pace that caught Whincup out – something that has left him a little perplexed.

"There's nothing really to report, we just weren't quick enough. [We] just didn't get it right. It's amazing, it's not much and boom, you're out of the 10.

"That's the reality of this game, it's crazy competitive which is great for everyone involved. It sucks for us when you miss it slightly, and over a big, six-kilometre lap, that equates to a lot.

"Every session that you're not competitive, you ask the question of why. We didn't do a good job today. Lucky it's a long race on Sunday."

Whincup did admit that the team's focus has been on race pace rather than single-lap speed so far this weekend, and that the predicted rain on Sunday could render qualifying irrelevant.

"We haven't put much focus on qualy this weekend, which probably might've hurt us," he said. "[I'm] confident we've got a good race car. That's been our whole focus this weekend, being quick in the race.

"We've got to try to find that pace in Practice 6, maximise that one and then roll on Sunday.

"It's going to piss with rain all day, it doesn't matter, though, but we want to know why we didn't go quick. That's what I want answers for, and then we'll fire in the wet set-up for Sunday."