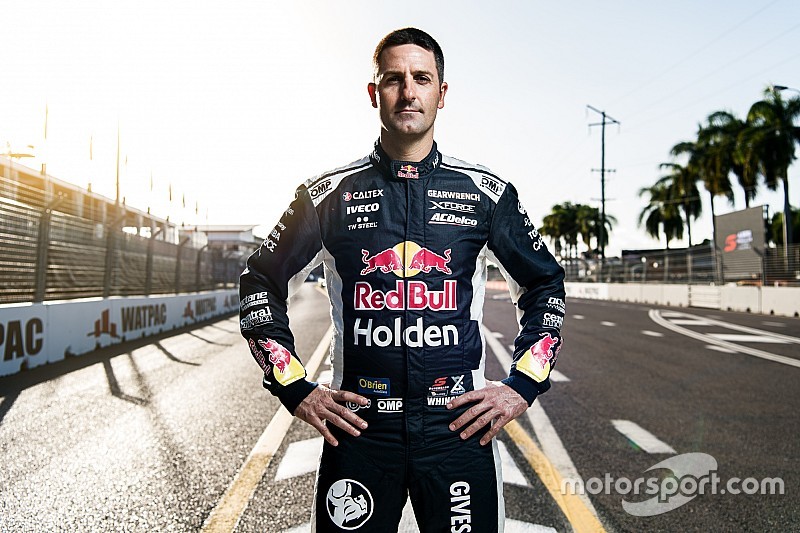 Jamie Whincup is refusing to be drawn on his chances of winning an eighth Supercars title this year, despite a dominant win in Townsville helping close the gap to leader Scott McLaughlin.

A rollercoaster of a season so far with the new ZB Commodore has put Whincup's title defence on the back foot, the Triple Eight driver having coming into this weekend's Townsville round sitting fifth in the points.

However Whincup's campaign was given a decent boost both in terms of points and car speed in Townsville today, a dominant performance seeing him comfortably lead a Triple Eight one-two, while Scott McLaughlin was third.

That helped him jump Craig Lowndes to fourth in the standings, with the gap to now McLaughlin 412 points – with 300 on offer per race weekend.

Despite the clear signs of a resurgence, Whincup is refusing to be drawn on any title talk. He claims that the middle phase of the year is about race wins rather than points and that he doesn't want to worry about something that won't be determined until the end of November.

"I'm not thinking about the championship. I've been constantly asked the last few months, and it's like getting asked what you're going to have for Christmas lunch 55 times," he said.

"It's not about that, it's all about going out there and having some fun.

"I'm hanging in there, but... I don't know what to say. I'm just going out there and enjoying my racing. Today was a really good day, I feel like we put in a good performance – and that's what this time of year is all about, just going out and having some fun, not overanalysing it, not worrying about something that's six months away.

"You've got to just try and enjoy each race meeting as it comes."

Only once has Whincup not been leading the points after the Townsville round and won the title, having come from 144 points back to beat Mark Winterbottom to the crown in 2014.

In 2008, a year before the first Townsville round, Whincup was 126 points behind Winterbottom after the 17th race of the season but went on to comfortably claim a first title.

He will have a chance to add another 150 points to his tally tomorrow when the action continues with a second 200-kilometre race in Far North Queensland. 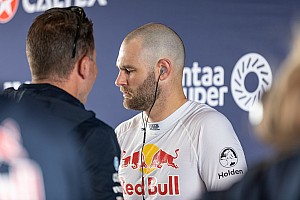