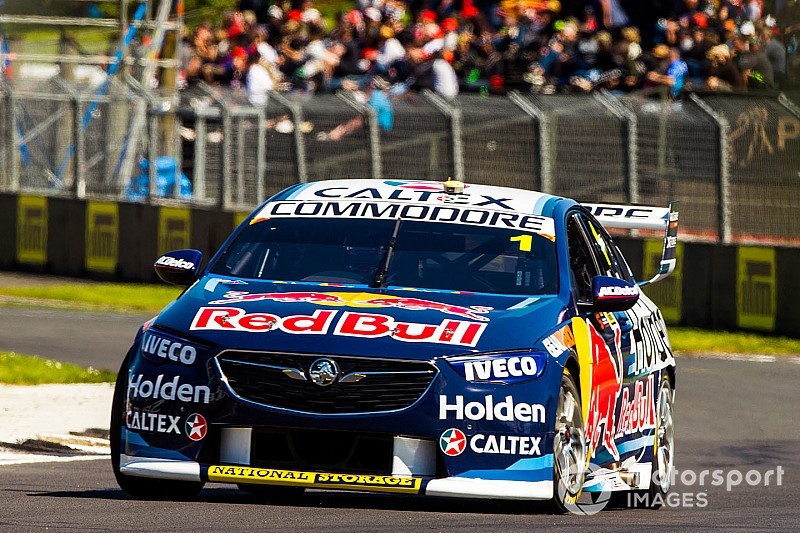 Jamie Whincup has been fined $2000 for a breach of the Supercars post-race procedure at Pukekohe.

The Red Bull Holden driver was supposed to stay on front straight after finishing third in today's 200-kilometre race for the pre-podium celebrations, however drove back onto pitlane instead of staying out.

It's his second post-race procedure breach of the season, following a $1000 fine for dropping the champagne bottle off the podium at Tailem Bend earlier in the year.

"Following the conclusion of the race car #1, Jamie Whincup, failed to remain on track as required for podium cars as detailed in the End of Race Procedure," read the stewards report.

"The breach was admitted.

"This is the second breach of the End of Race procedure for Car #1 during the 2018 Virgin Australia Supercars Championship. The Stewards imposed a fine on the driver of car #1 in the sum of $2000."