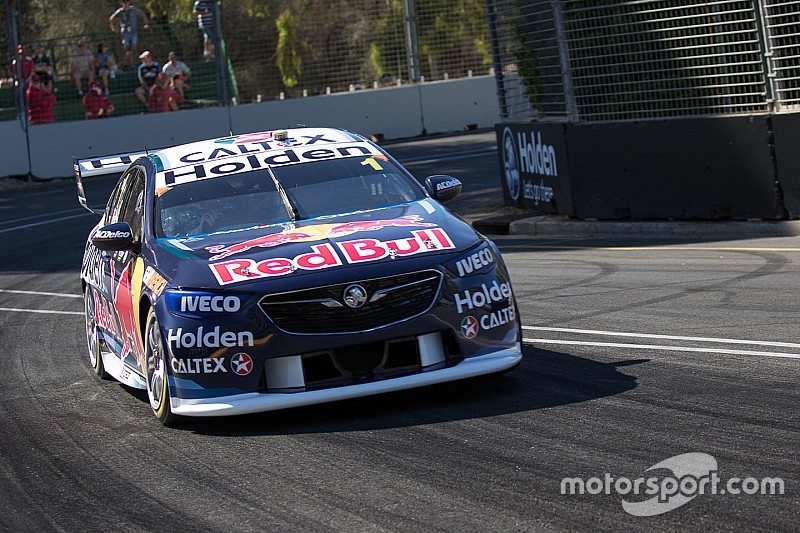 The reigning champion destroyed his brand new ZB Commodore with a monster Turn 8 shunt in qualifying on Friday afternoon, leading to an all-night repair to get him on the grid for today's 250-kilometre race.

While the team was confident in the quality of the repair, Whincup admitted post-race that the car wasn't necessarily working as it should, with a host of gremlins making it difficult to drive.

Given his struggles, he said sixth place was a decent start to the season.

"Unfortunately five or 10 laps into the race we suffered some mechanical issues as result of the crash, which really just took the fight out of the battle for us," he said.

"There was a lot of smoke coming in the car from the whole side being trashed yesterday.

"The crew did the best job they could in the time they had, but it all needs resealing. And the steering is really tight, all brand new components. I was wrestling it around like [Peter Brock] in 1980 in the Torana. I just had him in my head through the Cutting, both hands on the steering wheel, just trying to get around. Pretty funny!

"But all stuff we can fix overnight. All things considered, sixth, we’ll take that and run as a strong start to the year."

Whincup also played down a mid-race incident with David Reynolds, which saw the Red Bull Holden turned around as they squabbled over sixth place.

Reynolds, meanwhile, admitted he had a few nervy moments wondering if the stewards would issue a penalty as the contact was the front of his car to Reynolds , but saying he felt 'play on' was the right decision.

"I lunged him from a fair way back," he said.

"I got the move done, I was pretty committed from back there. I think he saw me and gave me enough room, and at the last second he turned very late. I thought I was sweet, I thought I was done. I was actually trying to half get out of it because I saw him turning.

"Maybe he doesn't expect me to do it, because I'm not usually a lunger. But I needed to get the move done then.

"I'm happy [the stewards] looked at it and reviewed it, and then saw it from both sides.

"We're racing, we're racing hard. It's a high-stakes game. I had a small opportunity, and you have to take it when you do."