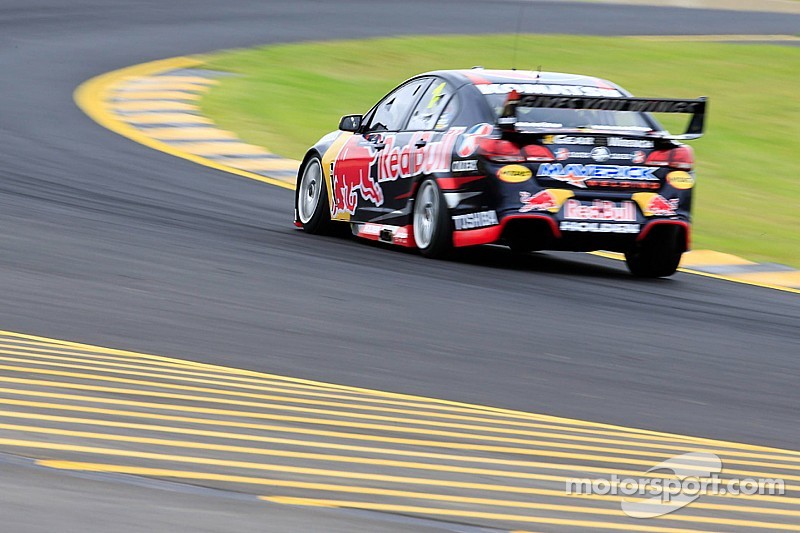 In case anyone doubted Whincup’s skills after his mediocre SuperTest performance, he just added two more notches to his belt.

After a slow start which saw the defending champion down on the order during the previous SuperTest sessions earlier this month, there were many on the paddock (including the newest V8SC race commentator, Greg Murphy) who were convinced that Whincup would take some time to get back to form as he has in previous seasons.

They couldn’t have been more wrong.

The reigning champion put together an 11th hour lap during the closing stages of the first 10-minute qualifying session to snag the top spot from Team BOC driver, Fabian Coulthard, who was relegated to P2.

After a short break, the drivers hit the track again to begin the second 10-minute qualifying session for Race 2.

Once again it was all Whincup, all day. Completing a mind-boggling lap which briefly saw him over a half-second faster than his closest competitor, he went on to complete the double and take back-to-back pole positions which will allow him to start on the front row for both of the upcoming 125k sprint races.

In case you were wondering, this is Whincup’s 63rd pole position and his seventh pole at Clipsal.

McLaughlin was keen to hunt down his Holden rival and will have a chance to tomorrow as he starts beside Whincup in P2. Notoriously a great starter, you can bet that the young Kiwi will want to put the pressure on early.

Courtney found his form late but managed to grab third and was followed by Coulthard and Shane van Gisbergen.

If you found yourself asking that question, you’ll have to look towards the back of the field to find the former champion, Marcos Ambrose. With Roger Penske and Tim Cindric in tow, Ambrose didn’t get the start he was looking for in either qualifying session as he finished in 24th in both events. As such, the returning champion will have a fight on his hands as he and his team continue to get a grasp on the ins and outs of the current V8 Supercars series.

After a short practice session, Races 1 & 2 will begin tomorrow and with it, the race for the 2015 championship. With his season getting the best possible kick start you could ask for, you can guarantee that Whincup will be playing for keeps.

Marcos Ambrose new livery a blast from the past