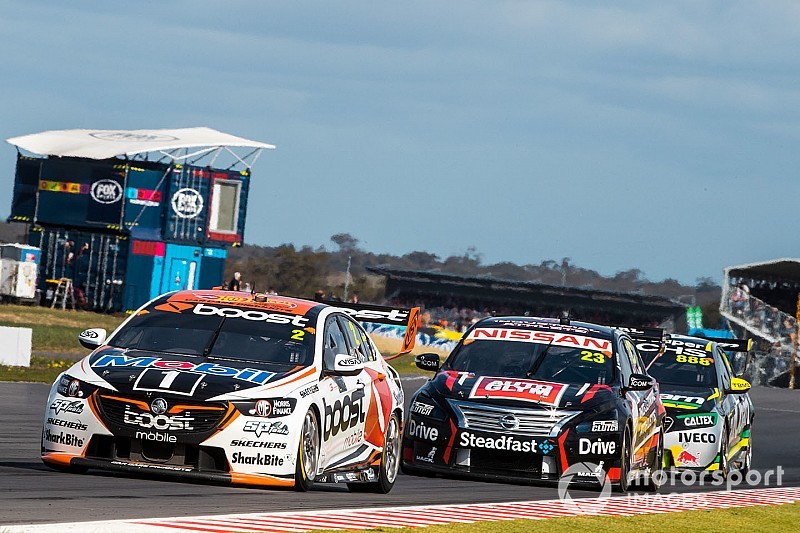 The Wildcard scheme, formally introduced for the 2017 season, currently allows Super2 teams and drivers to enter cars at four designated main game sprint rounds, while main game teams are able to apply to run additional cars at any round during the year.

However take-up has been limited over the last two seasons; in 2017 Macauley Jones, James Golding, Todd Hazelwood, Jack Le Brocq and Shae Davies made main game starts, while in 2018 Jones and Kurt Kostecki were the only Wildcard entrants.

That's something Seamer says the series wants to change for 2019, with plans to push for more Wildcards to bolster the reduced 24-car regular field.

Part of the push will be allowing Super2 teams to propose a Wildcard entry to any sprint round providing there is a solid business case that goes with it.

"We’ll expand the opportunity for Wildcards, which I think is fantastic for Super2 or anybody that may be interested in driving," said Seamer.

"We’ve got to keep in mind that one of the biggest challenges that we have around Wildcards is having current vehicles. Obviously this year you had the ZB, so you needed a new car if you wanted to run a Holden, and next year we’ve got the Mustang.

"So that’s a challenge, making sure you’ve got the current platform to be competitive.

"The second thing is, operationally, down to garage space, making sure you’ve got the engineers and the crews to do it.

"With a bit more garage space that alleviates that issue. [And] there are a few more ZBs available now than there were at the start of last year.

"We’ll continue to make it as easy as possible for someone to run a wildcard – but ultimately it comes down to the team and the model they put around it."

Ford squad 23Red Racing, which will move its primary entry into the Tickford set-up for 2019, has already indicated its intention to run a Mustang as Wildcard at events next year.