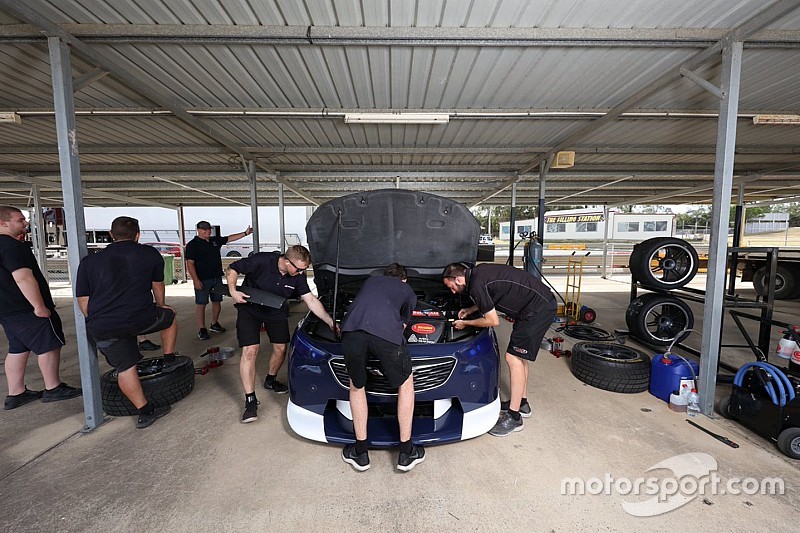 The 2015 Supercars champ is undertaking a 10-lap shakedown in Team 18's recently-acquired ZB Commodore, the compact outing marking Winterbottom's first taste of Holden hardware after a career spent in Fords.

The chassis is new to the Team 18 outfit, arriving as part of a bolstered technical alliance with Triple Eight. Originally the prototype ZB, Winterbottom's new wheels spent the 2018 season as T8's spare before earmarked for Team 18.

The T8-built ZB that Lee Holdsworth used at Team 18 last season, which started life as a VF, has gone back to Banyo to become the Red Bull-backed team's spare for 2019.

Winterbottom's move was one of the biggest of the silly season, a 13-year relationship with flagship Ford squad Tickford Racing ending in the process.

The single-car team will be backed by IRWIN Tools, with renowned engineer Phil Keed another high-profile addition to the squad.

As exclusively revealed by Motorsport.com last Friday, Winterbottom is also set to be joined by reigning Bathurst winner Steve Richards for the long-distance races.

The pair already have a Bathurst win together, taking top honours at The Great Race in a Tickford Ford back in 2013.