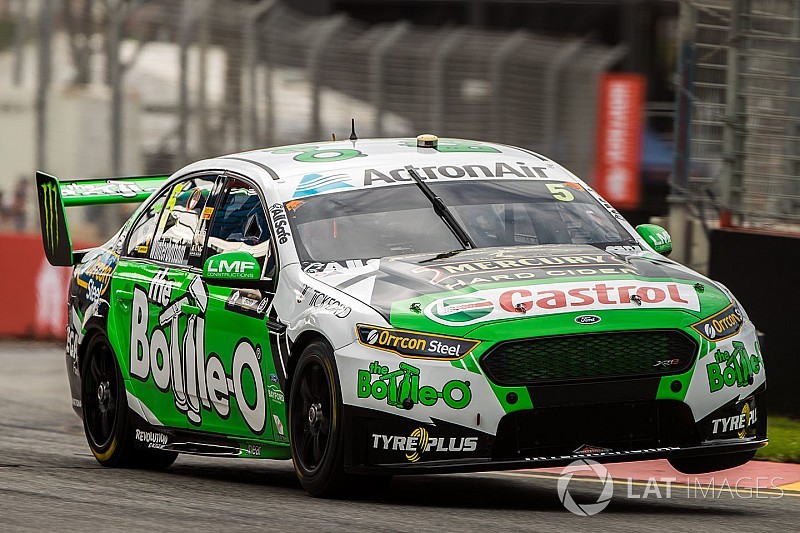 Mark Winterbottom has slammed Supercars officials for the penalty that took him out of contention for a top four spot during today's second leg of the Adelaide 500.

The Tickford Racing driver was running fourth following the second and final round of stops, but was dumped down the order after being pinged for triggering the kerb sensors on Lap 57 and handed a drive-through penalty.

Tickford boss Tim Edwards called the decision "absolute bullshit" on live TV just moments after it was handed down, while Winterbottom issued a rant of his own after the race.

His gripe is centred around a sense he was losing speed compared to other drivers through that part of the lap, but that the other cars weren't triggering the sensor as they were bouncing over the kerb high enough to avoid the sensors.

"I'm pretty pissed off. I wasn't making purple sectors there," he said.

"[After] the first warning I lost three tenths a lap, and all the guys ahead of me are doing purple sectors going straight across inside it

"I think that when you're now launching off it you're not getting the height because you're hitting it slower, and instead of launching over it you're kind of lower to the sensor and I think that's made it more sensitive.

"I would like to see the footage to say you're four wheels over.

"Even in the Shootout I lost a lot of time there because Whincup and van Giz are two tenths quicker because they just go straight over; two wheels off the track but high in the air. Whereas I had two wheels on the track and low, and it triggers them."

Winterbottom added that a judge of fact might help remove any doubt to kerb use decisions.

"You need to stand there and just watch," he said.

"A guy's got four wheels off and he's not triggering it, and a guys got two wheels on the track and it's triggering it.

"I don't know... I don't think that's fair, you know? But at the end of the day you get the penalty and nothing's going to change.

"[The stewards] don't care, it doesn't affect their day, it affects my day. They'll go home and be happy and I'll go home pissed off."

Winterbottom was ultimately classified 13th after serving the penalty.