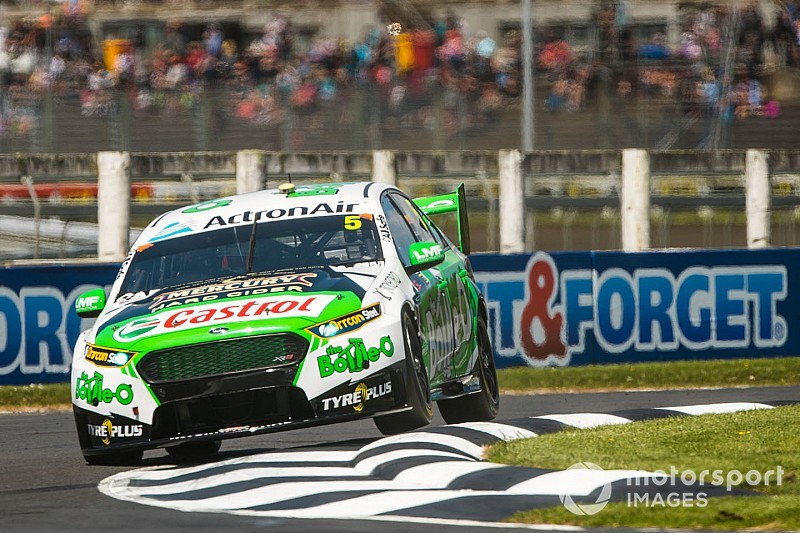 Chaz Mostert says Mark Winterbottom's experience will be sorely missed next season as Tickford Racing looks to bounce back from a tough Supercars season.

Winterbottom's 13-year tenure at Tickford is now officially over, the 2015 series champion headed to the single-car Team 18 outfit in one of the most high-profile moves of the silly season.

While Mostert has been the pacesetter inside the Tickford garage for the past two season, especially this year when he ended up six places clear of Winterbottom in the standings, he's not underestimating the impact Winterbottom's departure will have.

Mostert reckons Winterbottom's absence will be most obviously felt given the team's current struggles, his 'been there, done that' experience useful when it comes to steadying the ship.

"The good thing about 'Frosty' being there for so long, he had so much experience of the ups and downs throughout the years," Mostert told Motorsport.com.

"And you really draw off those experiences of being down and how you got back, if there were any parallels.

"That's what's going to be a massive hole to fill with Frosty, because he had so much experience within the team."

Winterbottom's moves comes during a period of transition for Tickford, which has also parted ways with Richie Stanaway after a difficult rookie campaign.

As a result only Mostert and Cam Waters will carry on in 2019, with Lee Holdsworth set to be drafted in to replace Stanaway.

Will Davison will also return to Campbellfield as part of the 23Red alliance, something Mostert – who replaced Davison at the team in 2014 – says will help recover some of the experience lost through Winterbottom's exit.

"When Will left, he left massive shoes for me to fill in the first place," added Mostert.

"I tell him that all the time when we're at signing sessions, that I still haven't filled his shoes yet. So it's good for him to bring his socks back and get involved in the team.

"He's one of those guys, a bit like Frosty, he has a lot of experience. He's a very quick driver and can influence a team in a way that makes gains."

Mostert is not keen on any team leader talk, though, the star driver batting off suggestions that he'll be the undisputed Number 1 now that Winterbottom has left the building.

"I don't really look at it like that," he said.

"Last year we had four very capable drivers and four influences in the team to try and make it go forward. It's not just who got the set-up right the right day or wrong day, all us drivers are feeling the same weaknesses we need to work on. I don't see there was much of a leader.

"We all need to keep pushing forward to try and make our car stronger, and I believe we've got strong drivers in the team that can get the result. We just need to piece it all together."

Supercars signs off on transaxle change