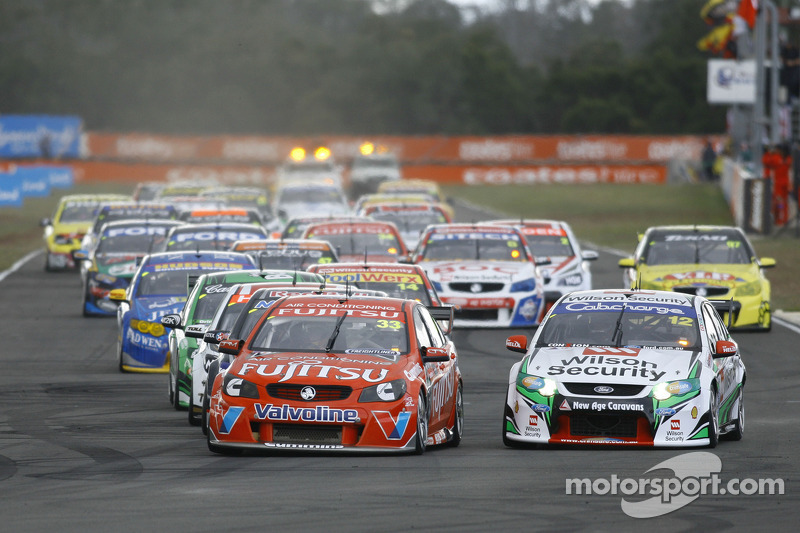 The format will be a world first for V8 Supercars and has been designed to ensure enthralling racing across all four races.

The format will be a world first for V8 Supercars and has been designed to ensure enthralling racing across all four races.

Each race will feature a double-file rolling start, which will create additional excitement, especially on the long run down the main straight into Turn 1. Drivers will also line up side-by-side for any Safety Car restarts across the event. 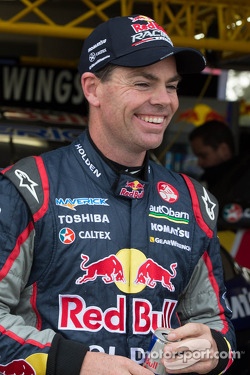 Drivers won't have a chance to relax in any of the first three races, with a rolling points system deciding the starting grid for each subsequent race.

"There is plenty to look forward to for V8 Supercars fans at this year's event. Not only do we have a brand new format, but Volvo has joined existing manufacturers Holden, Ford, Nissan and Mercedes for what is sure to be a gripping season-long battle," Westacott said.

"We are always working to refresh the entertainment offering and the new V8 Supercars race format is a great example of this in action, I'm sure we're going to see some impressive performances across the event."

V8 Supercars CEO, James Warburton, was quick to show his support for the revamped format and is proud that V8 Supercars continue to play an important role at the Formula One event.

"This unique format for the 2014 Formula 1® Rolex Australian Grand Prix is something fans have never seen before. Double-file rolling starts and resumptions after safety cars and, double points in the final race really will raise the stakes," Warburton said.

"The Australian Grand Prix is a magnificent event, the atmosphere is electric and the combination of the world's best open wheelers and touring cars on the same track is simply spectacular. All Australians should be very proud of this weekend that showcases Melbourne and Australia - the home of V8 Supercars, to the world."

Event V8 Ambassador, Craig Lowndes, welcomed the changes and expects the new format to make the racing even more competitive.

"The new V8 Supercars race format at the Australian Grand Prix is sure to add excitement and action to the event," Lowndes said.

"Arriving at the first corner after a rolling start is certainly going to be interesting - I think it'll be more important than ever to be at the front of the field and out of trouble, but I'm already looking forward to the weekend."