Luke Youlden has called time on his Supercars career, with Brodie Kostecki expected to take his place in a re-shuffled Erebus Motorsport endurance line-up. 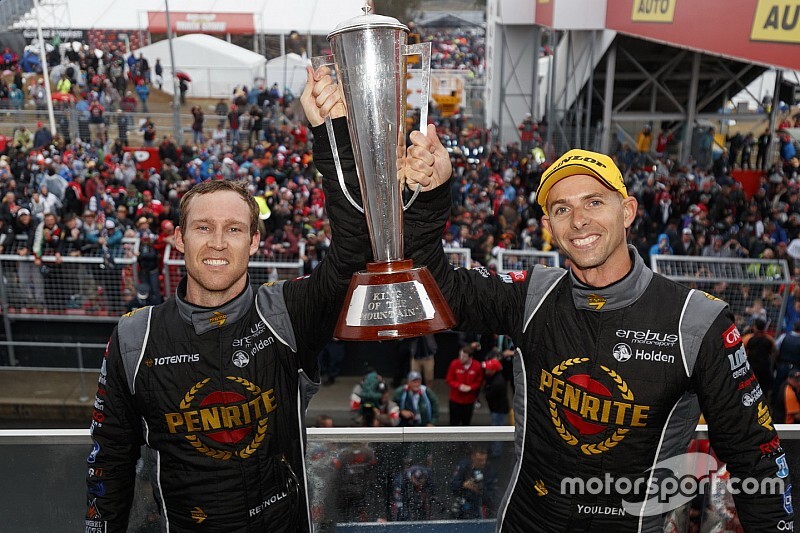 The news spells the end of a two-decade Bathurst 1000 career for Youlden, the 41-year-old having not missed a Great Race since 2000.

He's spent the past three seasons of endurance alongside David Reynolds at Erebus, the pair winning the Bathurst 1000 in 2017 and going heartbreakingly close to a double the following year, only for Reynolds to break down with cramps in the last stint.

They recovered to finish the Mount Panorama race fifth, before closing out their partnership with a third on the Sunday at the Gold Coast 600 in what was Youlden's final Supercars start.

“After 20 years I have decided to step away from Supercars as a driver,” he said.

“It’s getting increasingly difficult to turn up off the couch and race at the top level and then not race one of these cars for another eight months.

“I’ve done that for 20 years and I think I’ve done a good job, and I’m proud of the fact I have managed to hang around for so long.

“I have the most Bathursts under my belts without having done any sprint rounds, so to be able to match the other guys is my badge of honour."

Youlden will continue working with Erebus as part of its academy programme.

“From day one I knew I had found a home at Erebus and I was never going to drive with anyone else," he added.

"I’m just stoked I can continue to be a big part of the family and the business moving forward.

“I want to thank Betty [Klimenko] and Barry [Ryan] and the entire team for the last three years and obviously ticking that Bathurst box; I’d like to think I was a big part of that win.”

Youlden's exit will spark a re-shuffle of Erebus' driver line-up, with Will Brown likely to partner Reynolds at the long-distance races after two seasons alongside Anton De Pasquale.

Brown is also set to run a satellite Erebus entry in Super2 fielded by Image Racing, with main game wildcard starts also on the table.

Kostecki, who made his enduro debut in a family-run wildcard entry with cousin Jake this year, is expected to join Erebus to partner De Pasquale.

Walkinshaw: We can win with Mostert