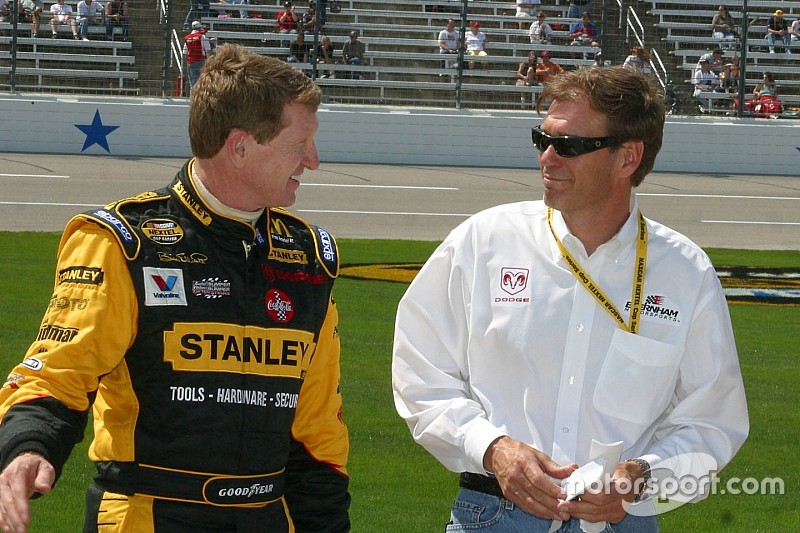 The Sportscar Vintage Racing Association (SRVA) announced Tuesday that Elliott and Evernham will co-drive as a special “Garage 34” entry in the “Indy Legends” Charity Pro-Am race during the Brickyard Invitational in June.

The Pro-Am feature is a 40-minute race of American muscle cars on Indianapolis Motor Speedway’s 2.43-mile Grand Prix road course, set for June 18. The cars are 1963 to 1972 vintage Corvettes, Camaros and Mustangs of the Group 6 SVRA class.

In addition to Elliott and Evernham, SVRA officials are extending invitations to 33 Indianapolis 500 veterans.

Elliott, a recent addition to the NASCAR Hall of Fame, drove for Evernham when he won the Brickyard 400 in 2002. The 1988 champion of what is now the Sprint Cup Series, owns 47 Cup wins and won NASCAR’s most popular driver award 16 times in his career.

“We just felt we had to take a promoter’s option on this one and get these guys in our feature event of the weekend,” SVRA President and CEO Tony Parella said in a statement. “We’re borrowing an idea from Le Mans’ ‘Garage 56’ for special entries to bring Bill and Ray into a field with Indy 500 veterans. Given Bill’s tremendous popularity we think fans will love it.”

Evernham is best known for his role as former crew chief of driver-turned-TV analyst Jeff Gordon. The duo won three Cup series championships together, including two wins in the Brickard 400. Evernham formed his own team after parting ways with Gordon and Hendrick Motorsports in 1999.

Among his top drivers was Elliott who closed his full-time driving career with the team after winning several races. Currently, Evernham holds a consulting role with HMS and hosts his own car culture TV series on Velocity channel, “AmeriCarna.”

Opinion: F1 nostalgia isn’t what it used to be – or is it?