Celebrating the history of the Goodwood Festival of Speed

The Goodwood Festival of Speed celebrates the history of motorsport, but the event is now so well established that it has a history all of its own. The inaugural running in 1993 was a modest, one-day affair, intended as something of a stopgap until the Earl of March could secure the necessary permit to run full circuit racing at the historic track on his estate. But no-one who attended or took part back then could have foreseen the scale and extent the Festival has grown to today.

The centrepiece is of course the well-known hillclimb route, which passes before the front of the grand Goodwood House, then climbs uphill, perilously close to a notorious section of wall. In total, it's around a minute of flat-out blasts punctuated by high-speed curves, depending on what car you're in and how hard you're pushing. It remains the central attraction of Goodwood and one which sets it apart from many other historic events, as it gives fans the chance to see the great machines of the past in action, as they were intended to be – not sitting still gathering dust. 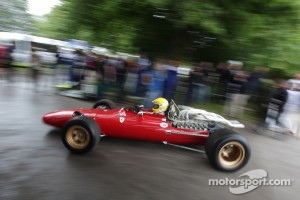 But you do not get the sort of attendance figure (185,000 over three days) and visitor loyalty that Goodwood enjoys these days merely by running some cars up a hill – there are a plethora of other sideshows that help pack the crowds in, such as displays of new road cars and classic concours. Yet it's the overall nature of the event, more than any one attraction that keeps people coming back. The vast arrays of celebrated historic and modern cars, plus their drivers, are parked up close together in freely accessible paddock areas. Current F1 drivers, past Le Mans winners, future touring car stars: they're all walking around, mingling with the crowds and happy to sign an autograph or say hello.

One eagerly anticipated aspect of the Festival that changes from year to year is the central sculpture by artist Gerry Judah. This year, he fashioned an intricate 28-metre-high 'track in the sky' that curved back on itself several times, on which was mounted some of the finest examples of Lotus F1 cars past and present. They were not the only Lotus machinery in attendance, though: one of the groups of cars to tackle the hillclimb was made up of nothing but Colin Chapman's finest, with iconic John Player Special and Gold Leaf liveried F1 cars of the team's glory days leading the charge. There was a certain air of defiance about this display in light of Lotus' current much-publicised difficulties: you could sense that fans and enthusiasts wanted to send a message to the powers that be about how valued and important the brand and its history are. 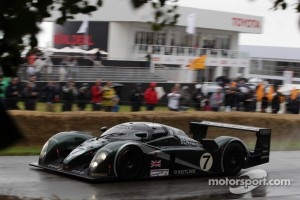 Sportscar racing fans are always well catered for at Goodwood, and this year saw one of the most impressive contingents of Group C cars ever assembled at the festival. 1988 Le Mans winner Andy Wallace took a Jaguar XJR-11 up the hill, but there was also an opportunity for a driver of a younger generation to experience these special racers: Karun Chandhok, fresh from his top 10 finish at Le Mans for JRM, blasted up in an XJR-12, declaring afterwards that it was “a proper old-school car – lots of fun!” Another contemporary driver enjoying a car from the past was Nicolas Minassian, who had the privilege of driving the 1973 Le Mans-winning Matra MS 670B all weekend, fresh from its commemorative appearance at La Sarthe.

More recent Le Mans stars were also in action: Guy Smith took the very popular 2003 Bentley EXP Speed 8 up the hill and the Morgan-Judd LMP2 was shown off by Sebastien Philippe. Elsewhere, 2012 arch-rivals Audi and Toyota were getting lots of attention for their hybrid machines – and there was real appreciation among the fans for Japanese team's fighting performance at La Sarthe just a few weeks ago. GT cars were well represented, too. Multiple FIA GT champion Michael Bartels' Maserati MC12 GT1 was one of the fastest cars up the hill all weekend, while his fellow German Klaus Ludwig demonstrated perhaps the ultimate GT1 car: the Mercedes CLK-GTR. Elsewhere, young McLaren works driver Alexander Sims piloted an MP4-12C GT3 car in special 'Great Britain' livery. 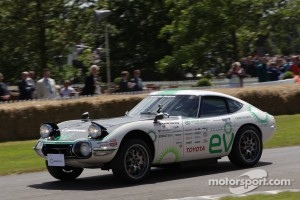 Goodwood is one of the rare opportunities for average F1 fans to get properly up close and personal with the cars and drivers. Red Bull's Sebastian Vettel and Mark Webber, McLaren's Jenson Button and Lewis Hamilton, Ferrari's Marc Gené, Mercedes' Nico Rosberg and Brendon Hartley, Caterham test driver Giedo van der Garde and Toro Rosso's young Aussie Daniel Ricciardo all treated the crowds to the awe-inspiring sight and ear-splitting sound of the modern Grand Prix car. Great names of the past were present, too: Sir Stirling Moss, Sir Jackie Stewart and – for the first time at Goodwood – Alain Prost, who had a special exhibition dedicated to the cars he drove during his illustrious career. His son Nicolas was also present, driving one of the many classic Lotus F1 cars on display.

And Goodwood looks ahead as well as back into the past: Nissan factory driver Michael Krumm split his driving between the 2011 GT1 championship-winning GT-R and the NISMO LEAF RC electric racer, while Paul Drayson showed off the capabilities of his company's Lola coupé-based electric LMP1 car. The lack of noise produced by these cars was painfully evident amidst such evocative company, but there was no doubting their speed. It was hard to escape the conclusion that someday, events like the Goodwood Festival of Speed will be the only place to hear the noise of a racing car as we understand it today. 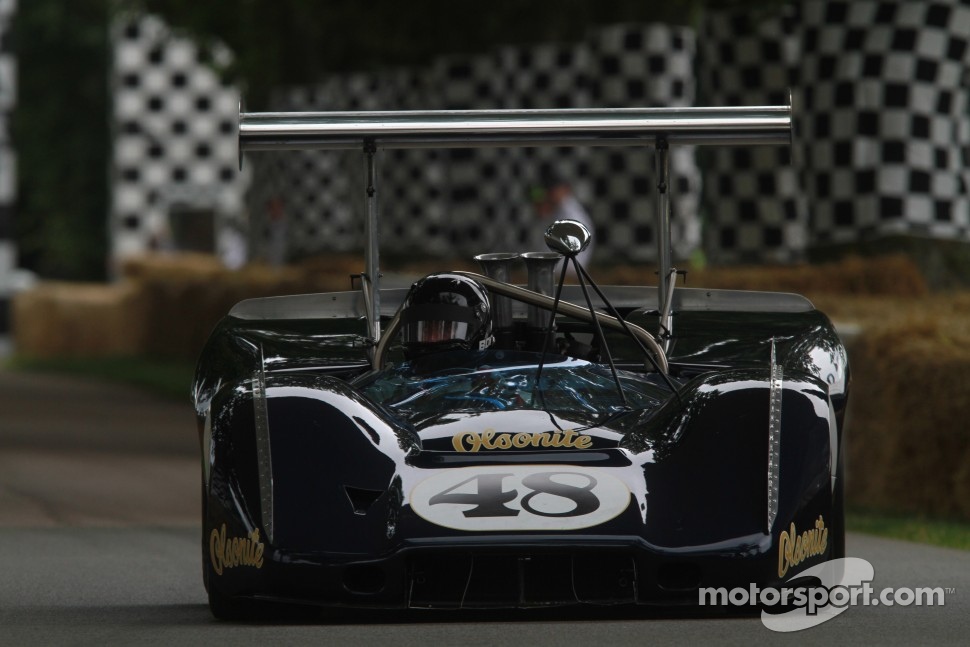 Ricciardo will use F1 summer break to build up “hunger”

Szafnauer: No issue in bringing Ricciardo back to Alpine F1 team