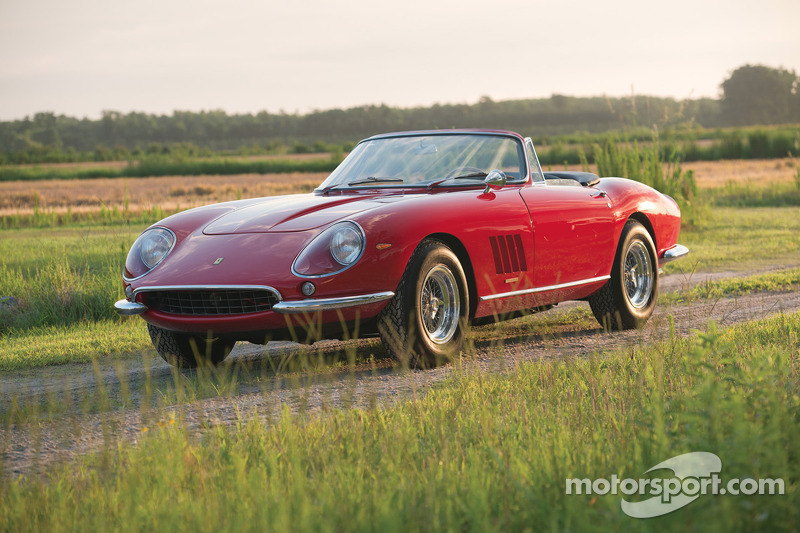 Eddie Smith Sr.'s rare Ferrari was sold in an auction to Lawrence Stroll

Racing driver and owner of the Mont Tremblant circuit in Quebec, Canada, Lawrence Stroll has a keen eye for detail in both the fashion industry and Ferrari cars. The entrepreneur is listed on the Forbes billionaires club, and now has parted with US$27.5 million.

Stroll was one of the bidders for a rare 1967 Ferrari 275 GTB/4 S N.A.R.T. Spider in an action over the past weekend in Monterey, California held during the Classic Car show in Pebble Beach. RM Auctions in Monterey handled the bidding for the Eddie Smith Sr. family.

Smith Sr. became a millionaire after meager beginnings as an orphan. Smith Sr. was one of ten who owned one of the rare Ferraris, and even after his death in 2007 at the age of 88, his family kept the car in mint condition. Smith was a member of the North American Racing Team which was formed to promote the Ferrari brand in the United States.

They Smith family will donate the funds to charities. They decided to auction the car and stated, “Every member of the Smith family harbors fond memories for the family patriarch's beloved '67 Ferrari 275 GTB/4 S N.A.R.T. Spider. The car doesn't so much represent Ferrari as it does the memory of Eddie Sr., this extraordinary machine's extraordinary first owner.”

The fashion entrepreneur, Stroll helped develop the Tommy Hilfiger clothing brand in the 1990s, already owns more than 20 other Ferraris. Now he owns the Ferrari 275 GTB/4 S N.A.R.T. Spider which also is the second record for a car sold in the United States, and it is the second highest price in the world. The 1954 Mercedes-Benz W196 Formula One car driven by Juan Manuel Fangio was purchased for US$29.7 million

Stroll will now own a very unique and rare Ferrari which he will treasure.