The “Classic 24 at Daytona” will pay homage to all the great cars and drivers that have participated in the endurance sports-car races held at Daytona International Speedway, including the world-renowned 24-hour races, most recently named the Rolex 24 At Daytona. 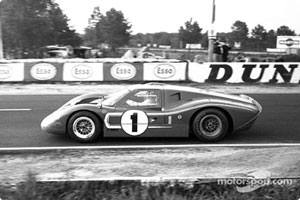 The challenging 3.56-mile road course at the Speedway has been the proving ground for international sports-car racing since 1962 when Dan Gurney won the three-hour Daytona Continental in the Arciero Lotus-Climax 19B. Since then, the long-distance enduros at Daytona have been the scene of some of history's most spectacular races featuring the great marques and drivers of the day. Ferrari, Porsche, BMW, Jaguar, Ford, Chevrolet, Nissan, Toyota, Lola, and Riley are just a few of the manufacturers that have found success at the famous Florida track.

"Daytona is considered by many to be the toughest of the classic endurance races," said James Redman, General Manager, HSR. "The nights are long and the speeds are high around the famously steep banks. It is a true test of car and driver. The Classic 24 at Daytona will give owners, drivers and spectators a chance to relive and witness what the greatest names in racing went through en route to the top step of the podium at Daytona."

Five days of what is expected to be exciting on-track action, including HSR’s sprint and endurance race series, night practice and night races, lead into the start of “The Classic 24 at Daytona” at 12 noon on Saturday, Nov. 15, and finishing 24 hours later on Sunday.

The event will feature six period-correct groups of legendary race cars competing in one-hour sessions, four times each over the 24 hours. A mandatory pit stop during each session for optional driver changes will allow fans to see these great cars up close. When one group is checkered the next group will be gridded, waiting and ready to roll out behind the pace car for the next green flag. The clock hands will sweep 24 hours between green flag and checkered, when the champions will be crowned.

Hundreds of historic racecars to compete at IMS in June