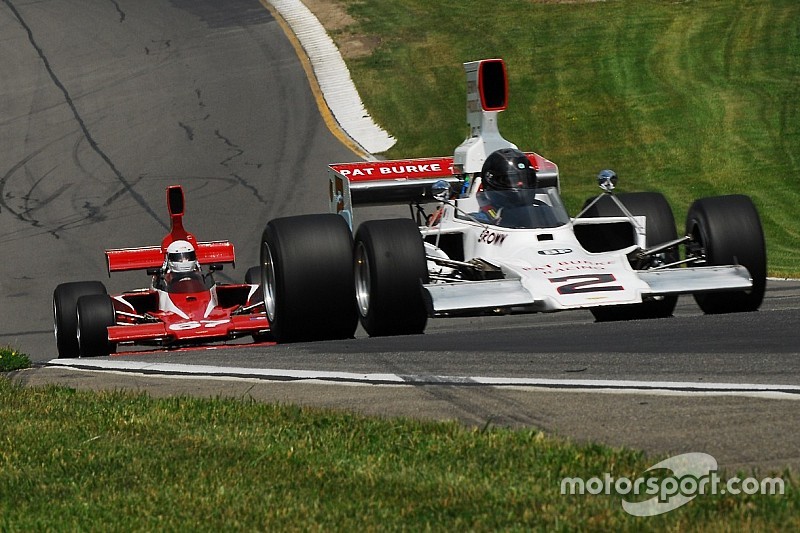 This represents a unique chance to see in action beautifully restored cars from the past 50-plus years of motorsports, racing on CTMP’s legendary Grand Prix circuit located near Bowmanville, Ontario. The VARAC (Vintage Automobile Racing Association of Canada) Vintage Grand Prix at Canadian Tire Motorsport Park is scheduled for June 15-17.

The feature race of the weekend is the Formula 5000 Revival Series, which brings the popular open wheeled class launched in 1968, back to one of its iconic circuits to mark the championship’s 50th anniversary. The weekend will also include gorgeously restored open wheel formula cars, GT muscle cars, MGs and Triumphs. The event will also be staging rounds of the Toyo Formula 1600 Series for up and coming drivers.

A full schedule of off-track activities is planned, including the ‘Legends of Mosport Drivers’ meet and greet, as well as the ‘Field of Dreams Classic Car Show’ with parade laps.

British racing legend Brian Redman - a former three-time Formula 5000 driver’s champion, winning from 1974-76 - will be the Grand Marshal for the weekend. Redman’s four-decade career also includes victories at the 24 Hours of Le Mans, the 12 Hours of Sebring, and Formula 1.

Testing begins this Thursday. Qualifying sessions for all classes will be held on Friday, and the races will go on Saturday and Sunday.