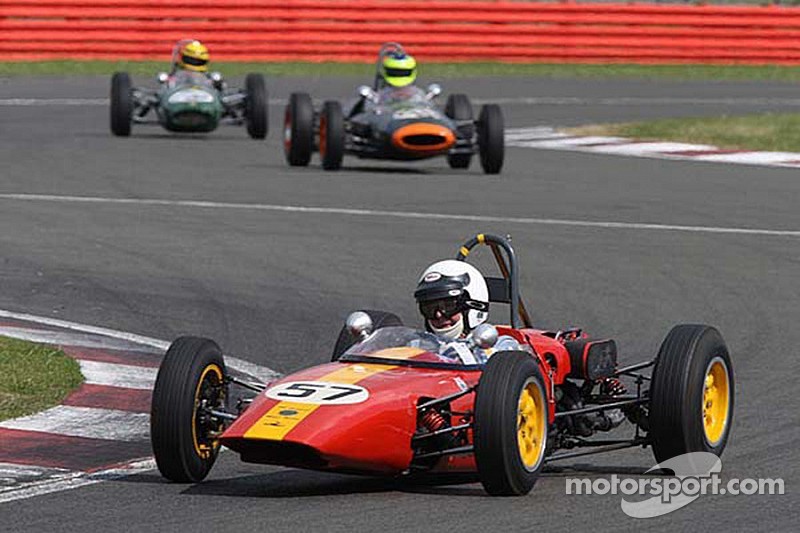 Welch rolled his 1960 Lotus 18 after contact with another car.

The international but profoundly tight-knit world of historic racing was rocked by the death of a well-known British competitor over the weekend. Published reports detail the death of Denis Welch, who died at Silverstone in the Silverstone Classic, a major historic event at the legendary circuit.

Apparently Welch, driving a 1960 Lotus 18, made contact with another car during a race. His Lotus rolled over, and the resulting injuries proved fatal. In the photo above, Welch is shown racing a Merlyn Mk5.

The organizers of the event issued a brief statement: “It is with great regret that the organisers of the Silverstone Classic have to report that, following an accident in a race for HGPCA pre-66 Grand Prix Cars today, Sunday 27th July, the driver of car number 19, Denis Welch, succumbed to his injuries later in the circuit’s medical centre. All those involved in the event offer sincere condolences to family and the friends of Denis Welch at this very sad time.”

Not only was Welch well-known as a racer, but he made his living in the world of historic vehicles. His company, Denis Welch Motorsports, serves as a major outlet for parts, service and advice regarding British classic.

All in the family

Apparently it was in his blood. According to his company’s web site: “Our involvement in the competition side of motor racing extends back over 100 years to the days of the pioneers. Jeremy Welch's great grandfather built the first six cylinder engine ever made in the UK in 1906 and went on to build Brooke Marine racing engines with notable success.”

Jeremy Welch is Denis’ son, and he was quoted in the Birmingham Mail as saying that his mother, Tina – married to Denis for 45 years – witnessed the fatal crash from the grandstands. “My mum is devastated because her whole life was her partner and motor racing,” he told the newspaper. “Her world’s been turned upside down.”

Jeremy bought Denis Welch Motorsports from his father eight years ago, to allow Denis more time to pursue his passion. “The one consoling fact,” Jeremy told the newspaper, “was that it was very swift and he died doing what he loved.”

Denis Welch will be missed. Mark Gillies, former executive editor for Car and Driver magazine and currently a public relations executive for Volkswagen in the U.S., is a Brit who shares a love of vintage racing. “I raced against him occasionally in the U.K.” Gillies recalls. “Fantastic driver, especially in the big Healeys. A tough competitor, a real enthusiast and all-around good guy.”

This week in racing history (August 3-9)