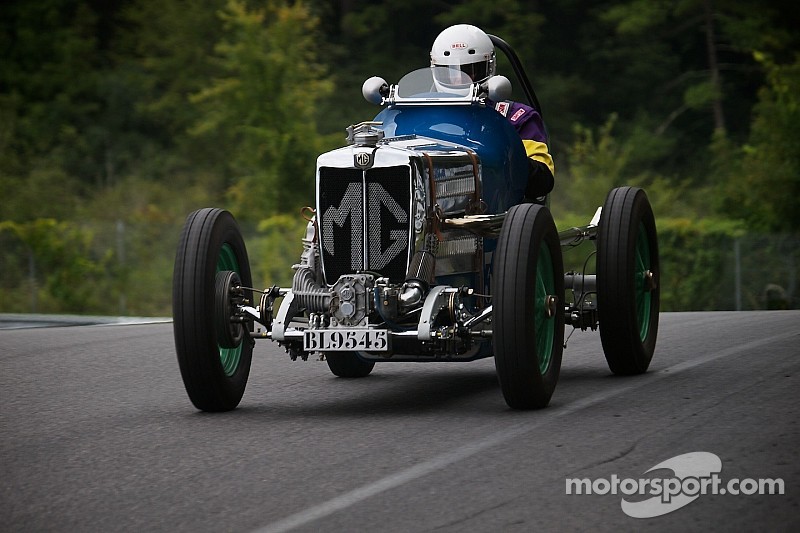 It was shaping up to be another idyllic Labor Day weekend at Lime Rock Park in Connecticut, site of the 32nd Historic Festival, where 265 vintage cars were entered in the races, and celebrities like Sir Stirling Moss, racer Chris Dyson and Dodge SRT executive Ralph Gilles were mingling with the crowd, many of them admiring the cream of the crop from Ralph Lauren’s massive, priceless collection.

Perhaps less famous was the blue number 305, a 1934 MG PA Special. It was owned and driven – often – by collector Lee Duran, 73, and there was no doubt he would be at Lime Rock: He is from Connecticut, and his business, Reliner/Duran Inc., a small company that made products for the waste water industry, was located in Lyme.

At about 2:30 p.m. Saturday afternoon, Duran and his MG, which had only a small roll bar, was racing in the Group 2 class for pre-war sports and racing cars, when he headed through the final turn and descended the hill towards the finish line. Something went wrong: The MG flipped over. The medical crew arrived almost immediately, and transported Duran to Sharon Hospital in Sharon, Connecticut, where he was pronounced dead.

Track spokesman Rick Roso said it was the first fatality in the event’s 32-year history. He said Duran’s wife told him that her husband raced for years, quit for a while to pursue sailing, but missed his cars and his friends at the track and returned to vintage racing.

Service for Lee Duran are pending.

Gordon Kirby: A walk around the Monterey Historics