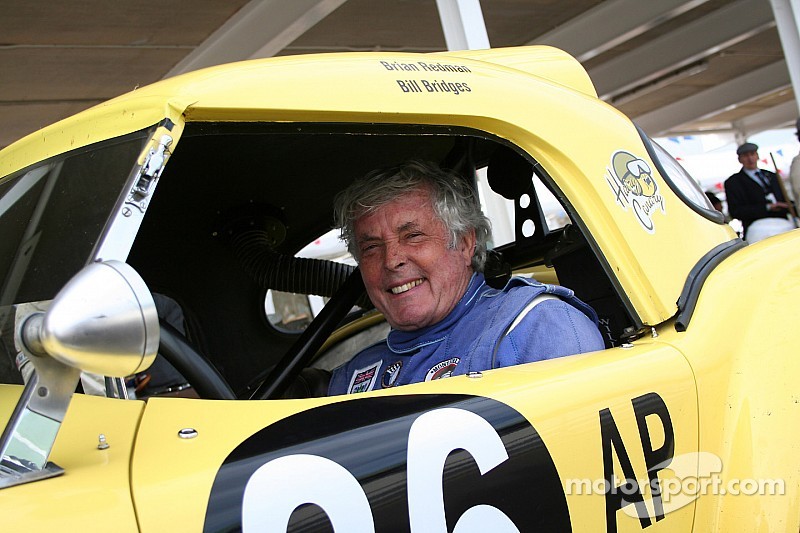 To honoree Dorsey Schroeder, it was 'one of the most amazing events of its kind in the world.'

The HAWK vintage event with Brian Redman (in photo) concluded at Road America after three days of fabulous vintage racing action, exhibitions, concours awards and activities for fans. The event has been heralded as one of the largest vintage racing events in the country, and according to famed driver and honorary guest, Dorsey Schroeder, it is "one of the most amazing events of its kind in the world."

Granted, that is a substantial claim coming from a man who made his mark in Trans-Am competition many moons ago. Schroeder, 61, won the Trans-Am title in 1989 and was an integral part of the series in its final years of relevance. He was reunited with his winning Trans-Am Mustang at this year's event to pay tribute to the featured marque in celebration of the Mustang's 50th anniversary while rekindling old memories for both him and competitors.

"I think I won 10 Trans-Am races in this car, so it's pretty cool," said the champion-turned-broadcaster. "This weekend is the perfect combination of a revered circuit, a gorgeous backdrop with the village of Elkhart Lake for the Friday and Saturday Nationwide Insurance Concourse d'Elegance, the beautiful mid-summer Wisconsin weather and a huge amount of cars."

As Schroeder stated, the cars, mostly driven by gentlemen drivers who are undeniably passionate about their sport - were the main attraction. Of 420 entrants, several were Mustangs. And unlike other events where spectators might be separated from stars who take the stage, crowds of car lovers milled through the paddock area, telling stories with owners and drivers and swapping insight with other enthusiasts.