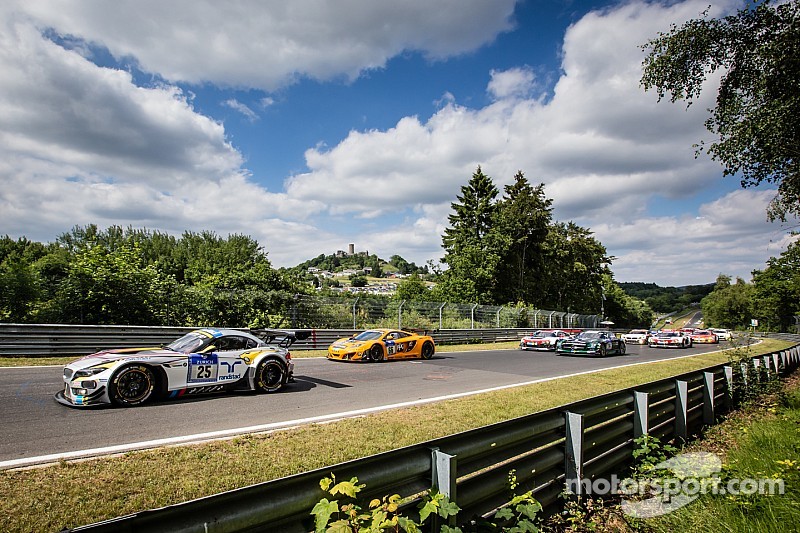 A fan died on Saturday during the opening round of the VLN series after the Nissan of Jann Mardenborough got airborne at Flugplatz.

The car jumped over the barriers and landed upside down in the spectator area, killing one man and injuring two more.

On Sunday, the German motorsports federation, the DMSB, suspended the racing for certain vehicle types at the Nordschleife.

Vehicles of the SP7, SP8, SP9, SP10 and SP-X classes will not be allowed to race at the track until further notice.

The decision puts the Nurburgring 24 Hours in question, as it means no GT3 or GT4 cars would be allowed to race in the event, which takes place in May.

"We are all still deeply shocked and our thoughts are with the family of the victim," said DMSB chief Christian Schacht.

"The security of the participants and especially the spectators must be a top priority.

"Therefore, we need to analyse the details of what happened, discuss and then implement the necessary measures.

"Only after that vehicles with similar specs as the one in the accident can get back on the Nordschleife."

Mardenborough's car has been impounded by the German authorities to be analysed.

Nissan said the two other injured spectators have been released from hospital.

Mardenborough has completed a series of medical tests and has also been released.

Analysis: How much faster are this year's LMP2 cars?