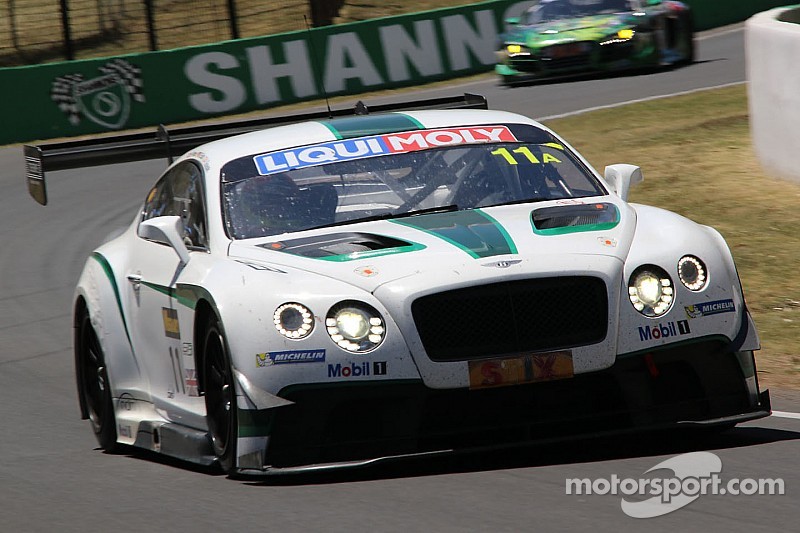 Altendiez, Germany - Bentley Team HTP debuts this weekend with the Bentley Continental GT3 on the world’s most demanding racetrack. After months of intensive preparation and several thousands kilometres of testing all across Europe, Bentley Team HTP will enter its maiden race with the Bentley Continental GT3 at Saturday’s first round of the VLN endurance championship at the Nürburgring-Nordschleife.

Bentley HTP Team has entered two Continental GT3s in the four-hour endurance race in preparation for the 24 hours of the Nürburgring (16/17 May). One Continental GT3 will be driven by HTP´s latest addition to the experienced Nürburgring driver line up, Nordschleife expert Christopher Brück alongside Harold Primat. Jeroen Bleekemolen, Christian Menzel and Lance David Arnold will share the second Bentley.

This weekend’s race debut of Bentley Team HTP marks the start of an intensive first part of the season. On Easter weekend, the Blancpain Sprint Series kicks off at Nogaro/France, and one weekend later the Blancpain Endurance Series begins at Monza/Italy. On the last weekend in April (24 – 26th), the 2015 German ADAC GT Masters, the third championship in which Bentley Team HTP will compete, starts at Oschersleben near Magdeburg.

Race on the Nordschleife in preparation for 24h of Nürburgring

"After month of intensive preparation and testing, the entire team is looking forward to our first race with the Bentley", Bentley Team HTP principal Norbert Brückner says. "We enter the first VLN round as preparation for the 24 hours of the Nürburgring. We haven’t been on the Nordschleife yet and start with a new driver line up. Due to this, our goal is to collect as much experience as possible."