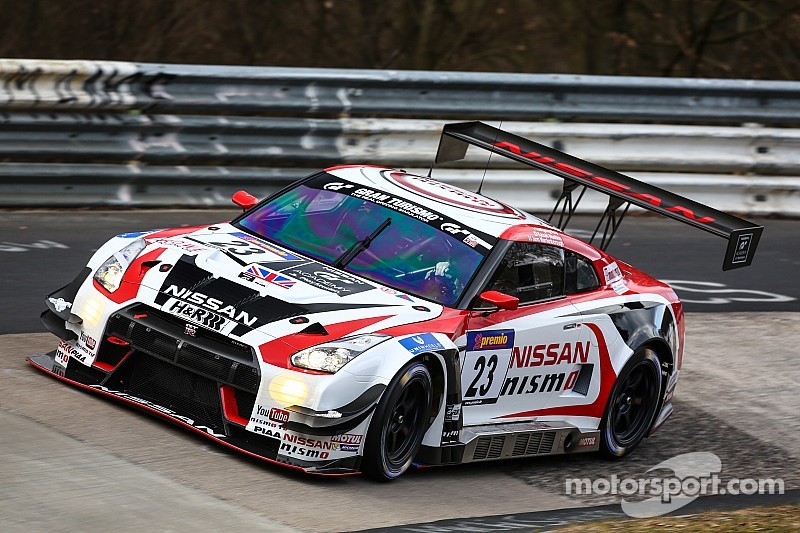 Jann Mardenborough's terrible accident at the Nordschleife on Saturday could change the shape of the Nurburgring 24 Hours. Charles Bradley investigates.

When I first attended the Nurburgring 24 Hours, in 2003, it was love at first sight. I ascended to the viewing balcony at the top of the main pit building and enjoyed an hour of ‘name-that-car’ with a colleague of mine. Then, every eight minutes or so, there would be an unholy ‘whooshing’ noise that would herald the high-speed arrival of the Alzen brothers’ 700bhp twin-turbo Porsche 996 – zooming its way between Mini Coopers and the odd VW Polo!

The fans loved that lairy Porsche, cheering every time it went past. The atmosphere in the forest was amazing, like a massive party to which everyone was invited, and watching the cars with a beer in hand as the sun went down just made the spectacle more magical.

More of a festival than a race, I’d recommend it to anyone who hasn’t been.

But now there is a huge shadow over this year’s event. And it’s time for some cool heads and sharp thinking.

Jann Mardenborough’s terrible accident in the VLN opener on Saturday, in which a spectator was killed after Jann’s car somersaulted over the debris fencing into a public area, was truly shocking.

We’ve seen prototypes, and old-school GT1 cars, fly through the air before, and backflip or somersault, but never a GT3 car like his Nissan GT-R.

It has led to these machines being temporarily banned from the Nordschleife while the German motorsport body, the DMSB, investigates. A sensible move while thoughts are collected.

General secretary Christian Schacht, someone I’ve known and respected from my DTM years, sensibly commented: “We cannot and will not go back to business as usual after an accident of this kind.”

However, the problem here is that the Nurburgring 24 Hours is just six weeks away. If there are no GT3 cars allowed on the grid, the sharp end of the race is going to get turned on its head. From a sporting point of view, it would be a huge call.

Darren Turner is one of the world’s top GT racers, and has plenty of experience of the Nordschleife in GT3 machinery.

“Obviously they are big cars,” said Turner. “And the improvement of GT3 cars over the years is probably more than people expected – the class has got quicker and quicker. Last year at Spa, the GT3 laptime was as quick as the GT1s used to be (the World GT1 fastest lap in 2010 was Oliver Gavin’s 2:20.965s, compared to the 2:20.452s that Bernd Schneider achieved in last year’s Spa 24 Hours) – it certainly shows the improvements made in GT racing.

“The Nordschleife is one of the most challenging circuits in the world, plus one of the few circuits with that magnitude of crests and rises. When you look at how the cars ride that particular hill, we’re all getting the noses of our cars in the air. It’s been part of the racing at that part of the circuit for years, from GT4 to GT3 to every car – you get some air.

“I don’t know how you can change that scenario with the amount of speed you get that at point of the track. Unless there is a mechanism to slow us down beforehand, a chicane or something, you’d have to slow the cars down (by technical means) a huge amount.

“It’s a difficult one. The circuit has its reputation because it hasn’t really changed over the years. I really enjoy the challenge of this circuit, in GT4 and GT3. I think it’s amazing.”

Turner’s immediate suggestion is spectator-free zones, like at Le Mans, adjacent to the Nordschleife’s three big crests: “Then the only person who could get hurt is the driver, and it’s our choice to be there or not. That would be a quick change they could implement in time for this year’s 24-hour race. Then work out a long-term solution.

“You don’t want to lose the spectacle of a GT3 car racing around the Nordschleife. There’s got to be a solution to keep the spectacle while making sure the spectators aren’t in any extra danger.

“I am happy to go back again with exactly the package that we’ve got. But I understand there is a bigger picture. With what’s happened, they need to look at the safety of the spectators themselves, whether that’s bigger fences or pushing them further back. Or, in the short term, a way that stops any possibilities of the cars getting too much lift over the jumps.

“In the history of racing, there has always been adjustments to speed to deal with safety. This is probably a time to look at that.”

What’s the next step?

DMSB president Hans-Joachim Stuck, a superstar of the sport and one of the Nordschleife’s best-ever racers, is now in charge of what decisions will be taken.

“The aim is to look for solutions that enable safe and fair racing on the Nordschleife in the future,” he said. “We will sit down with all parties next week, to find out what is required to make racing safe for everyone involved.

“Circuit, spectator areas, cars, sporting regulations: everything will be discussed to find short-term solutions for the coming weeks as well as long-term solutions.”

I’ll leave the final words to Turner, someone who, like me, fell in love with this event – although he did it from behind the wheel.

“There’s nothing as exhilarating as driving this spec of car around that circuit,” he said. “But if they say you can only drive a two-litre hot-hatch, then where’s the challenge gone? I hope, although this has been a horrendous experience for everyone involved, we learn positive lessons and we don’t have a massive change and lose what that circuit is all about – the challenge.

“It’s the reason so many people go to watch it. I hope the magic of that isn’t lost through the tragic circumstances.”