W Series reveals most of 2020 grid, Chadwick to defend title

The W Series has named 18 of the 20 drivers that will contest its second season in 2020, with six new names added and champion Jamie Chadwick returning to defend her title. 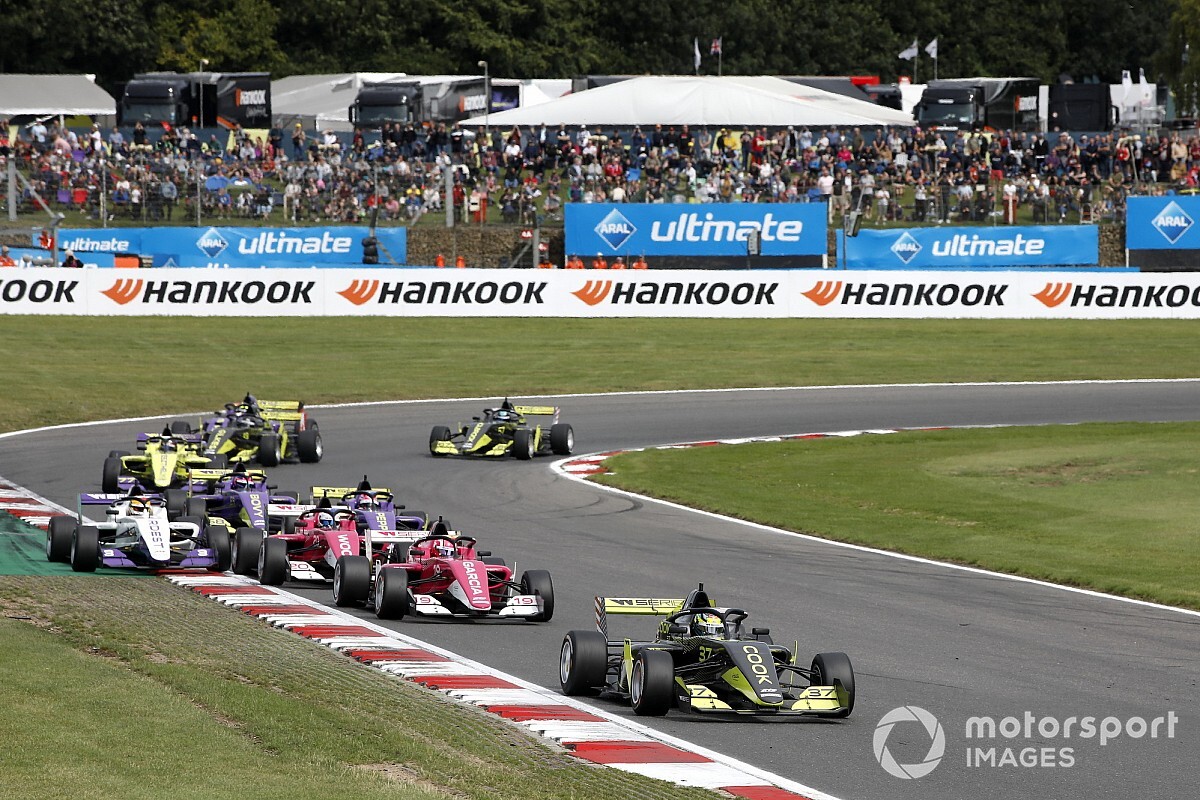 The drivers who finished within the top 12 in the series' inaugural season were all guaranteed a place on the grid should they choose to return, and all of them - including Chadwick, her title rival Beitske Visser and fellow W Series race winners Alice Powell, Marta Garcia and Emma Kimilainen - have taken up that option.

Six more entrants have been selected from the 14 that took part in the Almeria test at September. A further two drivers for the season are yet to be named, with the series expanding from an 18-car grid to a 20-car one for its second season.

"I was generally impressed by the 14 drivers whom we tested and appraised at Almeria last month, and making our selection was correspondingly difficult," the series' racing director Dave Ryan said.

"But we’ve crunched all the data to the best of our ability, and I’m therefore confident that the 18 drivers whom we’ve selected so far represent an excellent line-up. But we’ve left two spaces available, to allow us a little more time to select the final two drivers who, together with the 18 drivers we’ve already selected, will make up the 20 drivers who’ll contest the 2020 W Series championship.

“However, all the stars of our 2019 season will race again with us in 2020 – including Jamie, who’ll be defending her crown, as well as Beitske, Alice, Marta and Emma, who all won races with us last year – but some of the new drivers on our 2020 entry list are clearly very good too. I’m consequently hoping our 2020 season will be even better than our 2019 season.”

Eaton, perhaps best known for her role as the test driver for Amazon's Grand Tour TV show, has won titles on the UK club scene and has had outings in British GT, Blancpain GT and Supercars support series Super2.

Road to Indy regulars Agren and Tomaselli were both among those taking part in the selection process for the initial 2019 grid, but did not make the cut. The former has a F1600 title to her name but has been largely sidelined from racing in the recent season, while Tomaselli finished eighth in this season's USF2000.

Belen Garcia and Marti both hail from Spanish F4, and finished first and second respectively in a penalty-laden second race of the series' 2019 campaign at Navarro.

Sidorkova, the youngest driver of those confirmed at 16, is another F4 racer, having combined campaigns in Spanish F4 and SMP F4 this year and scoring a pair of podium finishes in the latter.

It is understood the remaining two spaces on the grid could go to either other drivers involved in the September process or some of those who finished outside the top 12 in the inaugural championship.