Jamie Chadwick topped the first ever official W Series practice session at Hockenheim, with a fastest time of 1m38.650 seconds. 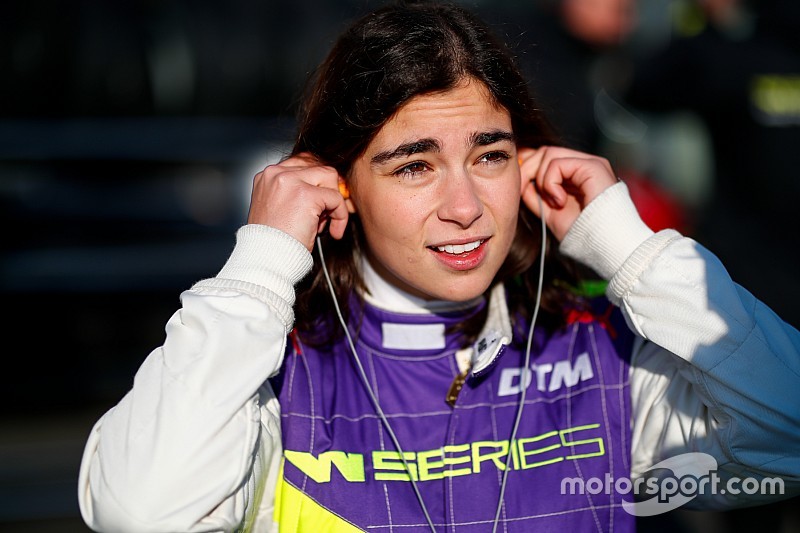 Chadwick led the way for most of the session - initially trading fastest lap with Alice Powell in the first 15 minutes - and ended the first free practice session just under a second faster than Emma Kimilainen, who set a lap fast enough for second in the latter half of the session.

Fabienne Wohlwend was third quickest - remaining so for the majority of the session - followed by Naomi Schiff and Beitske Visser in fourth and fifth respectively.

The session was halted briefly by a red flag with just over 20 minutes to go, with the field setting their fastest laps after the restart.

Sarah Moore was sixth fastest, while Miki Koyama was seventh and Powell ultimately slipped back to eighth on the timesheets.

South Africa's Tasmin Pepper was ninth, while Marta Garcia - returning to single-seater racing this weekend - rounded out the top 10.

Twenty cars in total competed in the opening practice session of the inaugural weekend, with both reserve drivers - Vivien Keszthelyi and Sarah Bovy - claiming 17th and 11th respectively.