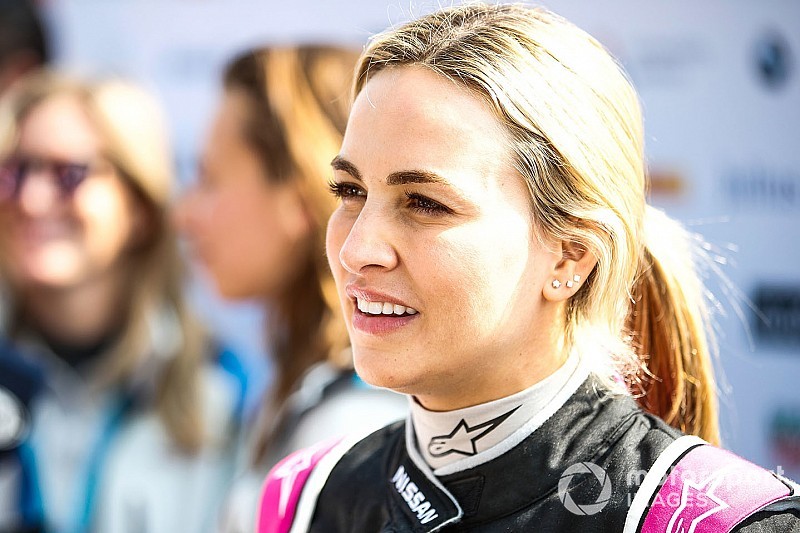 Carmen Jorda has explained why she will not to taking part in the new W Series this year, despite appearing on the original shortlist of candidates.

The Spaniard, who is a former development driver for the Lotus and Renault Formula 1 teams, was on the original list of 50 female drivers who had put themselves forward for consideration.

However, she decided not to join last weekend's evaluation tests in Austria and therefore did not make it through to the final shortlist of 28 drivers who have gone forward to the next stage.

Writing in a series of tweets on Wednesday, Jorda explained that she had elected not to move forward with W Series because she could not sort out a suitable agreement regarding sponsorship arrangements.

She said: "I'll like to announce that I won't be part of the W Series for its first season in 2019. It has been a pleasure for me to help promote a championship for women as W Series during the past months but unfortunately we couldn't find an agreement that could fulfil my sponsors' needs.

"I'll like to wish the very best to @WSeriesRacing and all its competitors! Motorsport is my passion and my way of life. News about what I will be doing for my 2019 season will come soon!"

Jorda last raced in a series back in 2016 when she competed in the Renault Sport Trophy, alongside her F1 commitments. She recently made an appearance at the Formula E test in Saudi Arabia at the end of last year.

The 28 drivers selected by W Series to go forward to the next stage will now take part in a four-day test in an F3 car in Spain in March, before the final 18-strong grid is selected.

The first W Series race will support the DTM at Hockenheim in Germany on May 3.

Agren could be "done with racing" after W Series snub