Rally legend Michele Mouton has been criticised after saying that W Series is a “limited and discriminating” championship.

The four-time WRC race winner said in an interview with Le Figaro that there was a “limited level” in the all-female series “since the best performers don't participate.”

Mouton, head of the FIA's Women in Motorsport Commission, said: “If the W Series can be seen as a detection/selection channel to attract more young women into motorsport and allow them to move up to the higher mixed categories to continue their progression, as our Girls on Track karting programme does, then I'm all for it!

“If not, this championship will remain, in my eyes, limited and discriminating with women only allowed to compete against each other.

“The best drivers who are already in professional teams of course don't want to race in the W Series, which also explains the limited level of the Series since the best performers don't participate.”

She added: “Personally, I believe that as long as they will not be confronted with the competition of the boys of their generation, it will be difficult to emerge in Formula 1, where it is no longer a question of being one of the best women, but one of the best drivers in the world, and for that the road is still long.”

The nine-time podium sitter in the 1980s said that while initiatives which contribute to the promotion of women in motorsport are positive, she “encourage[d] the best of this series to perfect their training in F4 or F3 and to challenge the men in our "single-seater pyramid" which is mixed.”

But she came under fire for the comments on social media, with current W Series title challenger Alice Powell hitting back at Mouton's comments.

Powell, who finished second in the series in 2019, said: "I feel [Mouton] may need to check her facts.

"Getting out driving will help create opportunities! Some of these drivers, who are in professional drives, wanted to do W Series but couldn't due to clashes."

W Series commentator David Coulthard previously said that he was surprised that some notable women in motorsport had not been very supportive of the series, while CEO Catherine Bond Muir said the Series had built “fantastic platforms.”

She said: “I was sympathetic with a lot of the naysayers to begin with, because I had gone through that process myself and deciding whether I think a single seater women's only racing series was a good thing or not.

“So I had myself gone through all of those emotions. But because I was involved in the evolution of it, I think a lot of the criticisms were based on one, that we would be patronising women, and I think we've demonstrated that we haven't, it is about promoting women, and none of the drivers have certainly ever seen themselves as any less than a very powerful athlete themselves, and we would never treat them otherwise.

“But also, we've built fantastic platforms. This year, we are going to be in even more households than we were in 2019. So we are about raising the profile.

“I think that we answered a lot of our critics – Abbie Eaton, for example, was a reasonably strong critic.

"And hey ho, she's racing with us, and she said she made the wrong call because she missed out on the first season and she would have been further down the line as a single seater racing driver if she had joined us.” 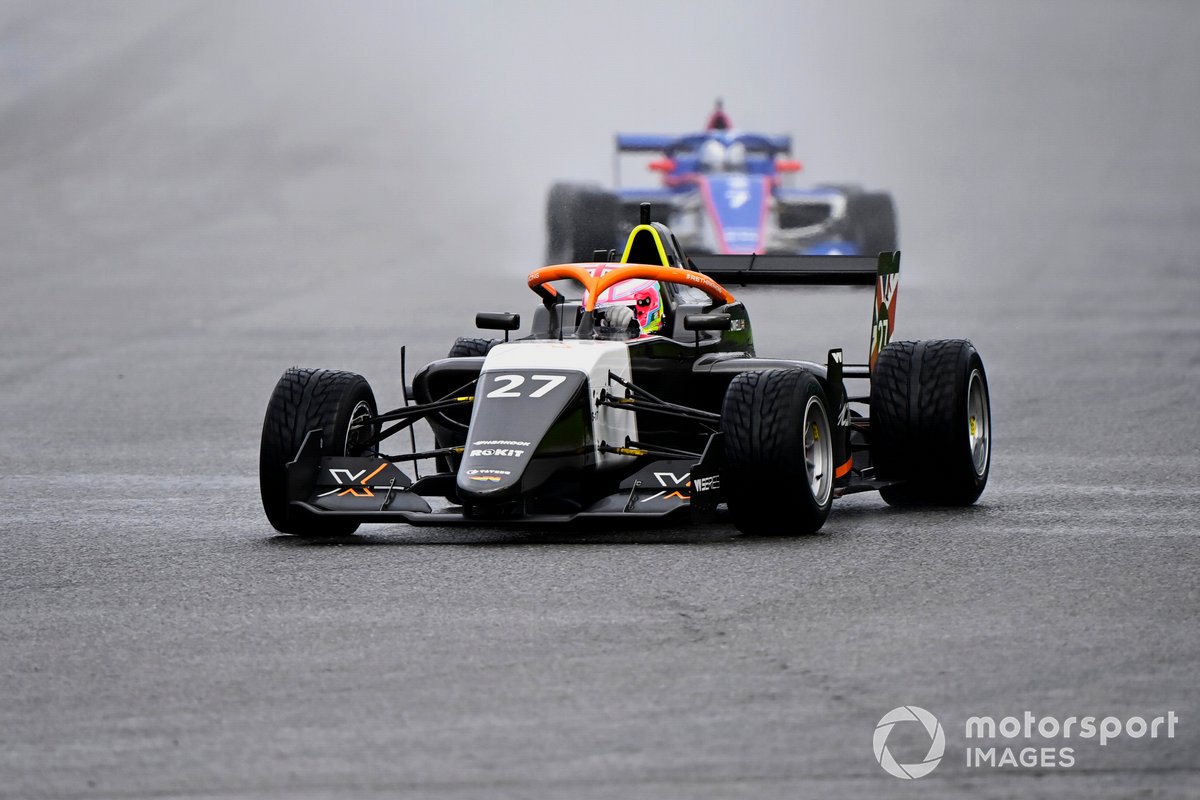