The all-female W Series has released a list of 55 contenders for a spot on the 18-driver grid for its inaugural campaign next year.

The championship, backed by the likes of former grand prix winner David Coulthard and esteemed F1 tech chief Adrian Newey, was announced in October with a $1.5 million prize fund and no budget requirements from prospective participants.

It is set to be held over six rounds in 2019 and use F3-specification Tatuus T-318 machinery.

The organisers say they have been contacted by “more than 100 applicants from 30 countries around the world”, from which the current 'longlist' was selected.

“We are thrilled but perhaps not surprised by the response,” series CEO Catherine Bond Muir said.

“Even today there is a massive gender imbalance in motorsport and W Series is making the first step to correct that.

“Drivers from all over the world have stepped forward, so it's clear that with the right framework we can make the changes this sport desperately needs.”

Alongside Jorda are fellow former GP3 full-timers Vicky Piria, Samin Gomez and Alice Powell, the latter a champion in Formula Renault UK and Asia categories, while a number of sportswomen with entry-level open-wheel experience from various F4 categories have also applied. 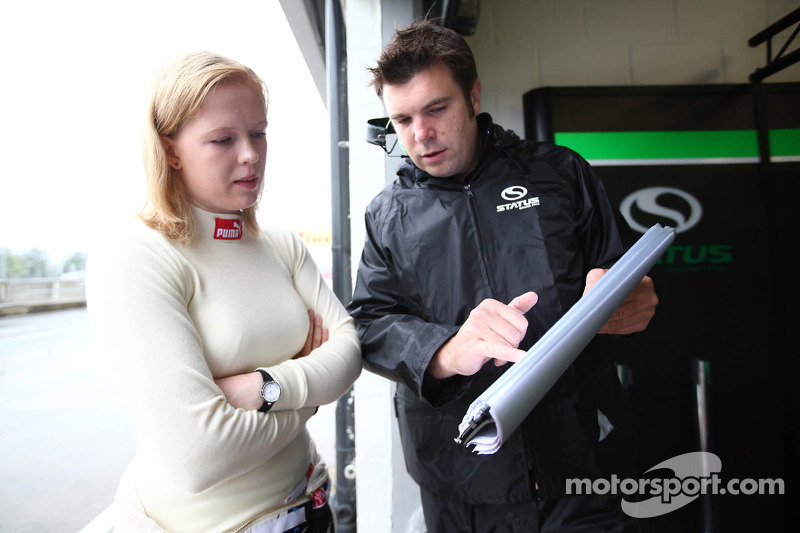 The USA racing scene is represented by several names from the Road to Indy - among them former F1600 champion Ayla Agren - but also competitors from other forms of circuit motorsport, most notably 21-year-old Natalie Decker, who made headlines by taking pole for the ARCA opener at the Daytona oval earlier this year.

Former single-seater and STCC driver Emma Kimilainen and Lamborghini Super Trofeo racer Shea Holbrook are some of the more experienced drivers in the list.

Also featuring is Sarah Moore, who won the BTCC-supporting Ginetta Junior series all the way back in 2009.

This list is to be whittled down to a final grid of 18 after “a three-day on-and-off-track trial” and a subsequent series of track tests with the W Series car.

Powell, Piria, Holbrook, Kimilainen, Naomi Schiff and Stephane Kox will represent the series in ambassadorial roles during this weekend's Autosport Awards in London.